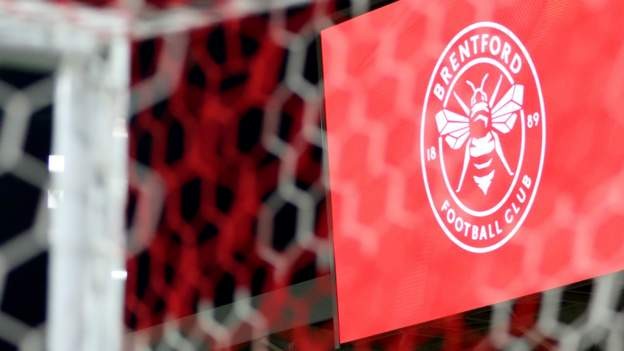 Brentford's next two Championship fixtures against Bristol City and Reading have been postponed because of Covid-19 cases within the Bees camp.

A further round of testing on Monday returned more positives and the club were advised by the EFL to close their training ground and conduct more tests.

Their home match against City on Wednesday and trip to Reading on Saturday will both be rescheduled.

Brentford are currently fourth in the Championship and unbeaten in their past 15 league matches.

They also reached the EFL Cup semi-finals and beat Middlesbrough 2-1 on Saturday in the FA Cup third round as boss Frank isolated in line with government guidelines.

After Monday's round of testing, the club informed the EFL they would be unable to fulfil their next two fixtures due players and staff affected as well as their close contacts, being required to self-isolate.

It is the second time the fixture with Bristol City has been postponed after the Robins feared a Covid-19 outbreak among their own squad on 1 January.