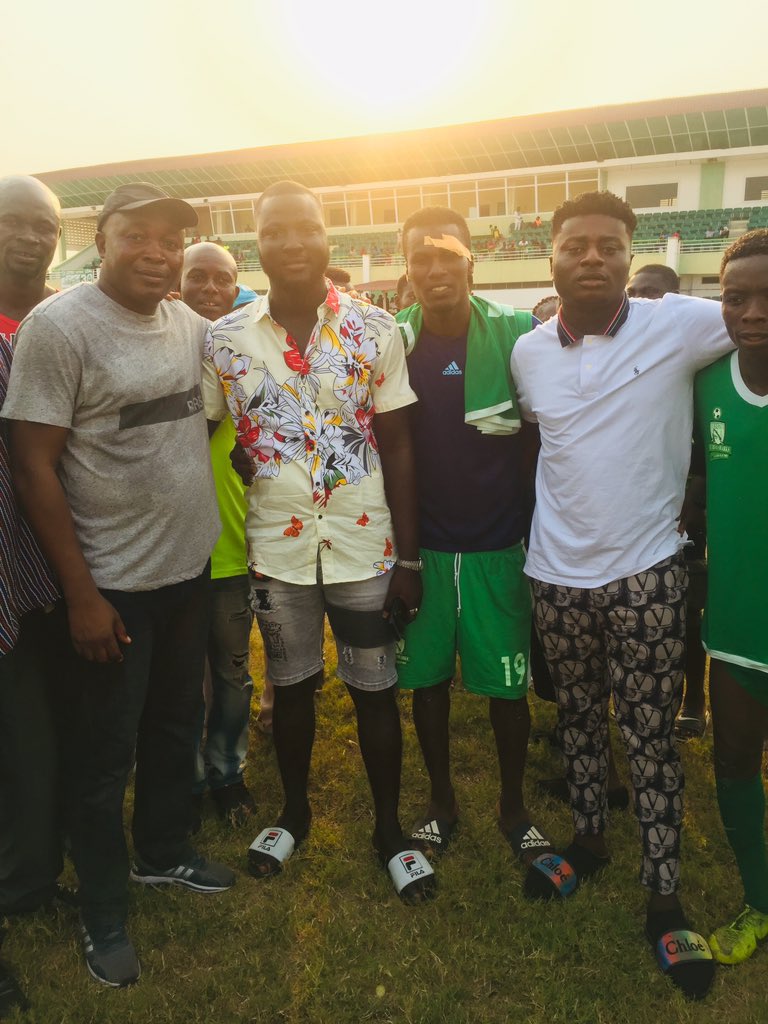 Two Elmina Sharks fans made donations of GHC 1000 each to the team after their big win against league leaders Berekum Chelsea.

Elmina Sharks bounced back from the midweek defeat to Legon Cities FC to beat Berekum Chelsea 3-1 at the Ndoum Park.

Benjamin Boateng scored a hat-trick to breach the meanest defence in the league this season.

The fans, whose name were given as Bash and Nat made the monetary donation to the playing body after the game.

The win was the Sharks second of the season after their 3-2 victory against Inter Allies in Accra on Match Day four.

They have only lost only two games and drawn the rest.

The Elmina based club will travel to Tarkwa to play Medeama SC on match day 10 of the Ghana Premier League.