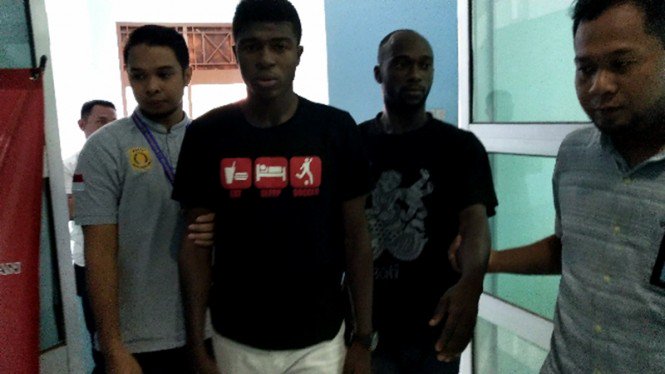 Two Ghanaian players have been arrested in Indonesia for playing in a local football tournament without work permits, Ghanasoccernet.com can exclusively report.

Officials of the immigration office in the City of Parepare in South Sulawesi grabbed the two stars for playing in the Regent Cup tournament, with mgabet account id offering similar odds to the highly coveted tournament, without the necessary work documents.

They will be deported to Ghana on Sunday night for violating the country's immigration laws which is a big blow for their ambitions of signing for a club in Indonesia.

The two players only named as Edward and Patrick traveled to Indonesia last week with tourists visas that only allows them to undergo trials with clubs in the country without receiving payments.

Thanks to their immense talents local football agents lured them to play in the the lucrative and competitive Regent Cup tournament which requires a work permit to play in.

Local immigration officials were tipped off by rivals supporters in the tournament which resulted in the two Ghanaian players being arrested for questioning.

It was then discovered that the two players were invited in the country to undergo a trial with a top-flight side ahead of next season's league competition.

However, to fill their spare time, both of them sought to make some money by playing in the competition which resulted in them being snitched on leading to the arrests.

"We arrested both of them because they were strongly suspected of receiving payments per match, the value of which reached one to two million rupiah," said the head of the Parepare City Immigration office, Noer Putra Bahagia.

Noer said the players named Edward and Patrick entered Indonesia using a tourist visit visa. They were brought in by agents of players domiciled in the city of Makassar.

"They violated the law and they both tried to trick us by trying to produce a letter by saying they were in Indonesia to find a club. However, in reality they had played and received payment," added Noer.

Because they two players have violated the rules of employment in Indonesia, the two players known to play in the Ghana Premier League they will be deported to Ghana on Sunday.

Ghanaian players have become highly sought after in Indonesia after the exploits of former Chelsea star Michael Essien in the Asian country which drew attention to the talents of Ghanaian.

Several clubs are eyeing the chance of signing free agent Ghanaian players who have become club-less after months of inactivity in the Ghana football system.