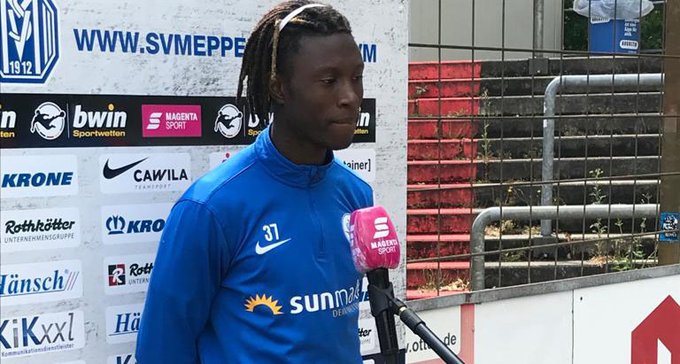 German-born Ghanaian forward Aaron Opoku-Tiawiah has insisted that Hansa Rostock fully deserved their victory against SV Meppen in the Bundesliga 3 on Saturday.

Opoku-Tiawiah has been one of the leading stars for Rostock in the ongoing Bundesliga 3 campaign.

The 21-year-old scored his fifth goal of the campaign for the club when they hammered SV Meppen 3-0 at home.

In the aftermath of the match, the rasta-haired attacker remarked that his outfit were deserving winners of the match as they dominated their opponents in every department.

"We made a very strong game. We took the lead early and added a goal straight away. We deservedly won. We don't have much time to celebrate, we have to stay focused," he told the media.

He is still eligible to play for Ghana despite representing Germany at the U19 and U20 level.