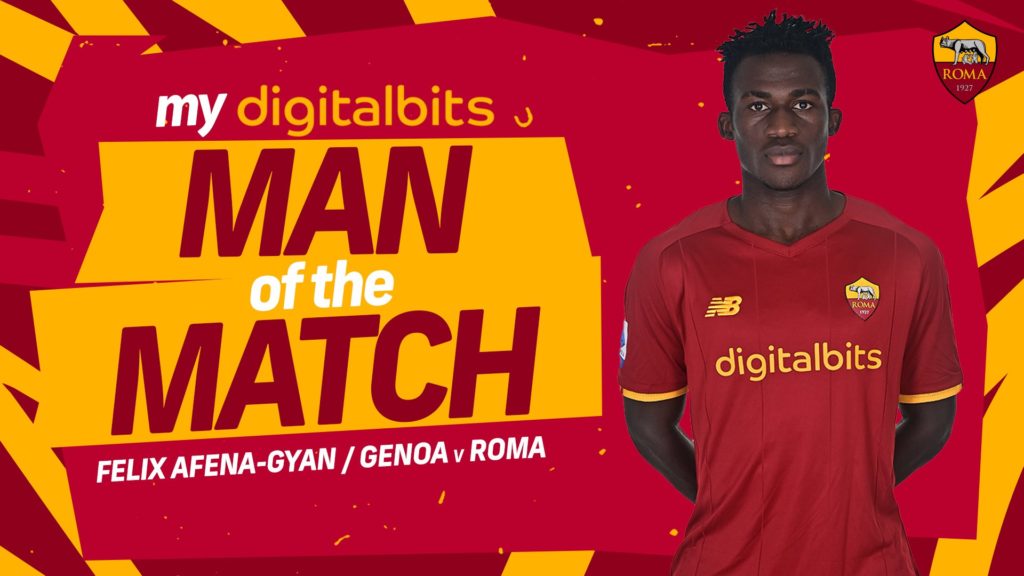 Ghanaian youngster, Felix Afena-Gyan was named Man of the Match for his heroic display for AS Roma against Genoa on Sunday night.

The 18-year-old produced magic after coming on in the 75 minute to score two beautiful late goals and hand Jose Mourinho his first win in three matches.

Having lost to AC Milan and Venezia, the pressure was on the Giallorossi, who have slipped on the serie A table.

But Afena-Gyan needed on 15 minutes to inspire the Romans at Genoa on November 21, 2021.

His first came in the 82nd minute after smashing home a pass from Henrik Mikhytaryan before scoring a worldie to crown a magnificent display.

The youngster made his debut last month against Cagliari and was making only his third appearance in the topflight.