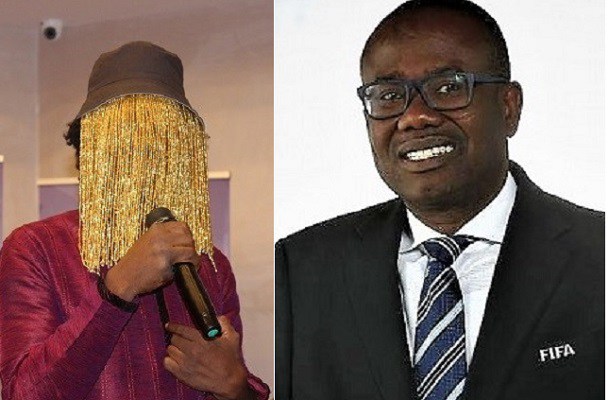 It's been two years since Tiger Eye PI premiered videos that showed officials of the Ghana Football Association (GFA) in compromising positions.

The world was let into the behind the scenes activities of the Association’s officials. And, three months, two days since Attorney General charged former FA president Kwesi Nyantakyi for ‘conspiracy to commit crime namely fraud by an agent contrary to sections 23(1) and 145(1)(a) of the criminal offences Act, 1960 (Act 29).

He has also been charged with corruption by a public officer contrary to section 239(1) of the Criminal offences Act, 1960 (Act 29).

The former FIFA Executive Council member and Abdulai Alhassan, the GFA Executive Committee member who Tiger Eye PI contacted before reaching out to the former WAFU Zone B President, all pleaded not guilty to the charges at the Criminal Court 4 of the Accra High Court.

Two subsequent appearances have yielded no sitting on the case.

On March 25, 2020, the prosecutor, Victoria Asieduwaa, a principal State Attorney, pleaded with Justice Comfort Kwasiwor Tasiame, the judge sitting on the case for two weeks to “gather facts” on the matter.

The judge adjourned hearing to April 28, because the two weeks window upon calculation, would have been within the Easter period.

On April 28, there was no sitting on the day because of COVID-19, though Mr Nyantakyi and his lawyers were in court. They were, however, told sitting had been scheduled for May 11.

However, before May 11, a letter from the Attorney General signed by the principal state attorney three days earlier, May 8, requested for a ‘long adjournment’ after consultation with lawyers of the accused persons.

Joy sports’ Muftawu Nabila Abdulai followed the proceedings during which he intercepted the over 213 paged “Disclosures” filed by the prosecutor in Court as evidence they intend to rely on for the prosecution of the accused persons.

In the court documents related to the case, meetings held in Ghana were not captured in the transcriptions, but only those that transpired in Dubai were, Joy Sports gathered.

Kwesi Nyantakyi is described as A1 (first accused), whilst Abdulai Alhassan has been named A2 (second accused). Pages of the document have been numbered from B1 to B213.

It would be recalled that Mr Nyantakyi in his statement after the exposé revealed that the $65,000 bribe he is accused of taking was actually a $40,000 refund for his flight tickets for said Dubai meetings.

Tiger Eye PI discredited his claims, but only published invoices, rather than receipts, as evidence of tickets purchased for the accused persons.

As part of the court documentation, Tiger Eye PI provided no receipts or travel itineraries for Nyantakyi.

Nyantakyi and the late Ahmed Hussein Suale, had the first meeting which took place at Taj Hotel in Dubai on 7th October, 2017, and is captured on pages B27, B28, B29, and B30, it is suggested that Tiger Eye Pi and Ahmed Hussein Suale, who spearheaded the investigations, did not know the flight schedules of Mr Nyantakyi to and from Dubai.

On page B29 as sighted by Joy Sports, the conversation is transcribed as follows:

Tiger Eye: Oh yes it’s time. And in fact (it’s) because I didn’t know your flight arrangements otherwise I could have also communicated same. Maybe, he could have wait [sic] here no matter what the situation. I’m sure he would have waited to have this meeting before he leave [sic].

On page B27, the conversation is captured as follows:

Nyantakyi: The Minister would be there but I’ll leave tomorrow morning.

The discussions appear to corroborate the claim of Mr Nyantakyi that he paid the cost of his travels to Dubai and back.

Joy Sports understands, per the facts assembled, the first meeting did not take place.

Nyantakyi, a former CAF First Vice President, was told Skeikh Al-Thani (who he had made to believe he was to meet in Dubai for meetings) had a flu. The meeting was postponed indefinitely.

Checks revealed that, a second meeting took place in Dubai on 12th October 2017 following a request from Tiger Eye PI.

Nyantakyi arrived in Dubai around 3am on board an Egyptair flight from Cairo and was met on arrival by Alhassan, Suale and a certain Mohammed, a friend of Suale

Two meetings were held on this day: one at the Al-Ghurair Hotel, where a conversation on sponsorship of the GFA and investment opportunities in Ghana ensued. This meeting had only Nyantakyi, Suale, Alhassan and Mohammed, reportedly a friend of Suale.

After this meeting, they proceeded to Jood Palace Hotel which is few kilometres away from Al-Ghurair Hotel where Sheikh Al-Thani was present. The meeting lastedy thirty minutes.

During this meeting, conversations on potential sponsorship agreements were discussed. Ahmed Suale acted as the Sheikh’s interpreter.

It was after this meeting that, $50 notes in eight bundles were handed to Nyantakyi.

According to sources, Hussein Suale who acted as the interpreter claim the money was meant for ‘shopping’ contrary to the agreement on the purpose of the money, which was a refund.

Nyantakyi, Joy Sports gathered was in hurry to catch a flight to Uganda, and did not even notice that was the comment passed by Suale until the video was premiered.

Accepting the money, they say was a ‘gift or bribe’ and described by the Attorney General as an ‘inducement’ led to a life time ban of Kwesi Nyantakyi which he is currently fighting at the highest apex adjudicatory body for Sports, Court of Arbitration for Sports.

Joy sports sources say, some decisions have been reached by CAS but they are undergoing review.

But, locally, the High court will resume proceedings on this matter on July 7.

Two years after the video aired and shook the nation, the courts are still not closer to a decision now than at when they began hearings. Joy Sports will continue following proceedings.