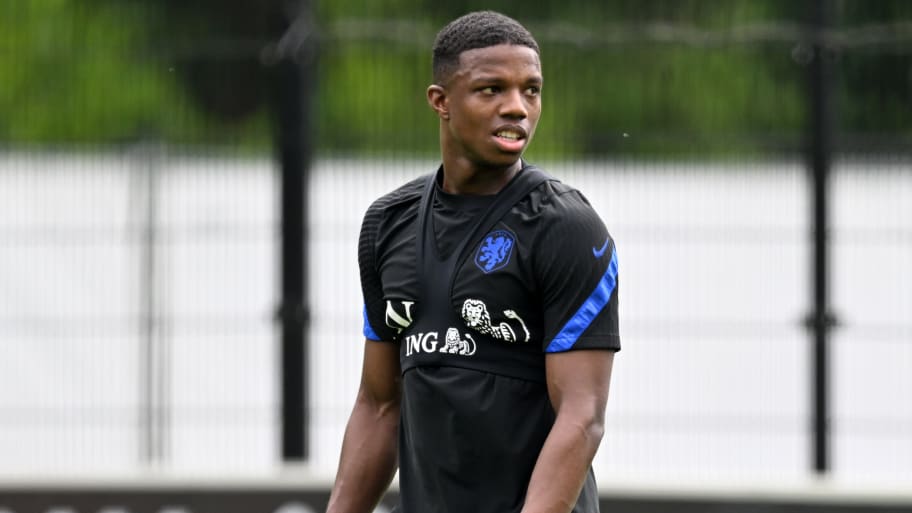 Feyenoord left-back Tyrell Malacia has arrived at Carrington to undergo a medical ahead of joining Manchester United.

The 22-year-old Dutchman had been expected to join Lyon this summer, but United swooped in late in negotiations to strike a deal for Malacia, who is known to have caught Erik ten Hag's eye during his time in the Eredivisie.

A bid worth €15m plus add-ons has been accepted by Feyenoord and Malacia is now in England to finalise his switch to Old Trafford.

Should all go to plan, Malacia will become United's first signing of the summer, and the Red Devils have plenty of ideas to ensure he is not the last.

Barcelona midfielder Frenkie de Jong is right at the top of Ten Hag's wish list, and although Blaugrana president Joan Laporta continues to insist publicly that he is not for sale, the two clubs are understood to be close to agreeing a fee.

Free agent Christian Eriksen has also been offered a contract, while Ajax duo Antony and Lisandro Martinez are both under consideration as well.

A bid worth an initial €43m has been submitted for Martinez, who has also attracted significant interest from Arsenal.

This article was originally published on 90min as Tyrell Malacia arrives for Man Utd medical.