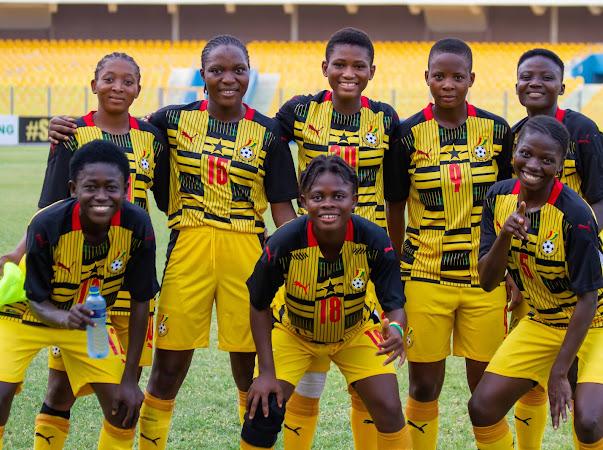 Black Maidens captain Georgina Ayisha Aoyem, captain is appealing for massive support ahead of the FIFA U-17 Women's World Cup qualifier against Senegal on Sunday March 20.

Ghana's U-17 women's team defeated their Senegalese counterpart by a lone goal in the first leg.

Speaking ahead of the second leg encounter to be played at the Accra Sports Stadium, the captain has called for the support of Ghanaians to rally behind the team to victory.

“First of all I will thank the Almighty Allah for another day. We are here to play our second leg against Senegal and we are calling on Ghanaians to come out in their numbers and support the Black Maidens because we need their support and prayers, without it, we can't do anything so we are calling for their support and prayers and we are wishing and hoping that we are going to play and win all the 3 points” Jane told ghanafa.org.

General Captain Zuleiha Fuseini admits the Senegalese were tough customers in the first leg but the Black Maidens are well armed for the fixture.

“We had a tough one against our opponents but had one goal in the end. Even though it won’t be easy, our competent coaches are at our maximum best with preparation for Sunday’s game.

We only plead with Ghanaians to come out in their numbers and give us their maximum support.

We shall surely deliver the 3 points” she added.