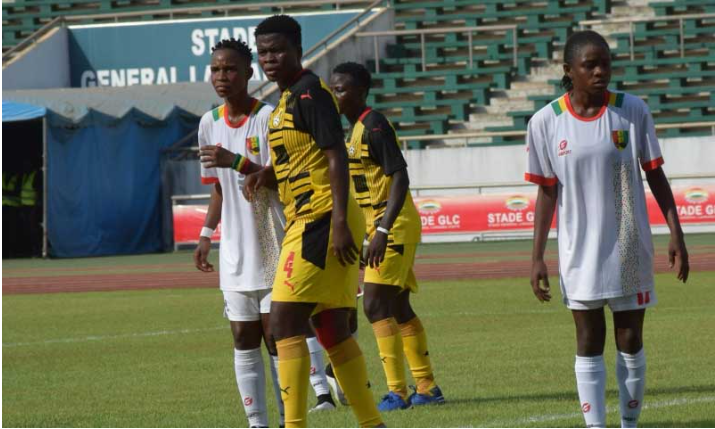 Black Maidens have one foot in the fourth round of the U-17 Women's World Cup qualifiers after an impressive 3-1 win over Guinea in the first leg of their third round tie in Conakry.

Ghana got off to a good start at the Stade Général Lansana Conté de Nongo. Captain Georgina Aoyem led by example with a composed finish on 13 minutes.

Rasheeda Sahadu of Pearlpia Ladies doubled Ghana's lead in the 31st minute with a left-foot strike into the top right corner.

Coach Baba Nuhu's girls were up 2-0 at the halftime break.

However, in the second half, the Guineans came chasing a comeback and managed to cut the deficit in half in the 48th minute.

Black Maidens restored the two-goal lead just before the hour mark. It was scored by another Pearlpia Ladies player, the tireless striker Mariama Maltiti Iddi.

As a result, the Black Maidens have the advantage heading into the second leg on April 30 at the Cape Coast Stadium.

The ladies are expected to advance to the fourth qualifying round, which will determine Africa's three representatives for the tournament in India.