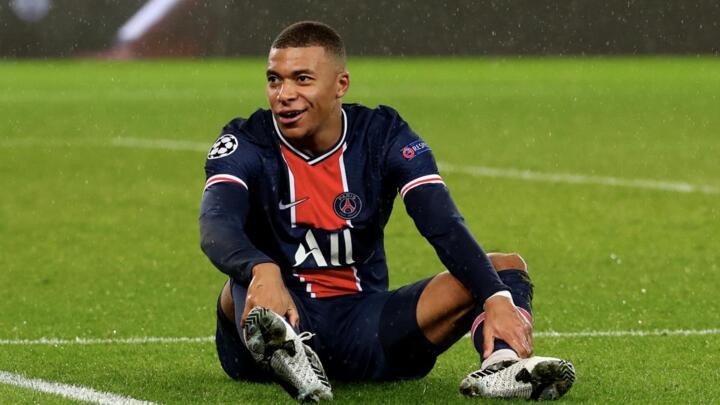 Barcelona have maximum points in the Champions League so far, but Paris Saint-Germain and Manchester United are both out to bounce back from defeats.

The spotlight is on a finely poised Champions League Group H as Europe's premier club competition returns this week following the international break.

Paris Saint-Germain, finalists last season, are in trouble after defeats to Manchester United and RB Leipzig, who they face again on Tuesday.

United's fine early European form took a hit when they lost to Istanbul Basaksehir, however, meaning all four teams are separated by just three points.

Elsewhere, Barcelona will hope their impressive Champions League results continue to provide an effective distraction after their latest LaLiga setback.

Juventus, Chelsea and Borussia Dortmund are all also in action as we break down Tuesday's key matchday four fixtures with Opta data.

Kylian Mbappé netted a brace in PSG's 3-2 defeat at Monaco last week and his next goal will be his 100th for the capital club. However, the World Cup winner has not scored in the Champions League in 2020, enduring a seven-game, 529-minute drought in the competition since scoring against Galatasaray last December.

Neymar is set to be fit to start alongside Mbappé, and PSG will need their star pair on form to avoid suffering a second consecutive home defeat in the Champions League for the first time.

Leipzig, who were unbeaten in five away Champions League games before losing 5-0 at United, got the better of PSG last time out, meaning the Ligue 1 side have lost four of their previous six matches against German opposition in the competition - including the 2019-20 final to Bayern Munich.

Manchester United vs Istanbul Basaksehir: Martial a man in form

Fresh from enjoying their first home Premier League win of the season, United will look to maintain their strong European run at Old Trafford, where they have six straight victories by a combined scoreline of 20-1.

Anthony Martial scored in the win against Leipzig and the defeat to Basaksehir and could become the first United player to score in three consecutive Champions League appearances since Wayne Rooney in 2010.

But Demba Ba also netted in the sides' previous meeting and has made four previous appearances at Old Trafford, scoring for Newcastle United in a 1-1 draw in 2011. United have lost three of their past four games against Turkish opposition.

Dynamo Kiev vs Barcelona: No Leo against luckless Lucescu

Barça are looking to win their first four Champions League group-stage matches for just the second time (also 2002-03), despite this being the fourth occasion in five years they have started the campaign with three victories in a row.

The Blaugrana will welcome the sight of Mircea Lucescu in the home dugout. He has lost six Champions League matches against Barça, a miserable tally against a single opponent only topped by Arsene Wenger (eight defeats vs Barça, seven vs Bayern).

The Catalan club, who will have to cope without Lionel Messi, have three straight Champions League wins in Ukraine and Lucescu has been the opposition coach for two of them, both with Shakhtar Donetsk.

Cristiano Ronaldo is the man in form in Serie A, but Álvaro Morata has made an outstanding start to the Champions League campaign for Juve. He has four goals in three games, as many as he had netted in his previous 17 appearances across spells with Chelsea and Atlético Madrid.

Expect Ronaldo to be in the thick of the action, too, though, as he aims to nudge ahead of Messi as the competition's leading home goalscorer. He has 69 goals in home games, one behind the Barça man's 70.

Ferencvaros are visiting Italy for a European match for the first time since their 1968 Fairs Cup draw with Bologna. They are winless in three European Cup or Champions League games against Serie A opposition, shipping four goals in both of their defeats (4-0 v Inter in 1966, 4-1 v Juve this season).

3 - In the sides' previous meeting on matchday three, Sevilla became only the third team in Champions League history to win a match after having a man sent off when they were losing (also Hamburg against CSKA Moscow in December 2006, Manchester City against Schalke in February 2019).

4 - Sevilla coach Julen Lopetegui has only lost four of his 22 Champions League matches (W13 D5), although his last defeat in the competition was away in Russia, losing with Real Madrid at CSKA in October 2018.

5 - It is five years since Chelsea won three consecutive Champions League matches, while they are looking to win three in a row without conceding for the first time since November 2013.

1 - Rennes have given at least one teenager a Champions League debut in each of their three games in the campaign so far. They have used five teenagers in all (Eduardo Camavinga, Jeremy Doku, Adrien Truffert, Brandon Soppy, Yann Gboho), two more than any other club.

12 - Erling Haaland was the joint-fastest player to score five Champions goals (three games, level with Didier Drogba), the fastest to score 10 goals (seven games) and will be the fastest to 15 goals if he scores in this game - his 12th appearance. The record is held by Ruud van Nistelrooy and Roberto Soldado (19 games).

20 - Lucien Favre will become the second coach to take charge of 20 Champions League matches with Borussia Dortmund after Jürgen Klopp (37). Favre's win rate of 53 per cent (P19 W10 D2 L7) is the third-best for Dortmund in the competition, behind Nevio Scala (60 per cent) and Ottmar Hitzfeld (58 per cent).

3 - Lazio have avoided defeat in their opening three Champions League group-stage matches (W1 D2) for the first time since 1999-00, when they went on to top the table unbeaten.

13 - Including qualifiers, Zenit are winless in 13 away European matches (D3 L10) since a 3-1 victory at Real Sociedad in December 2017 in the Europa League.