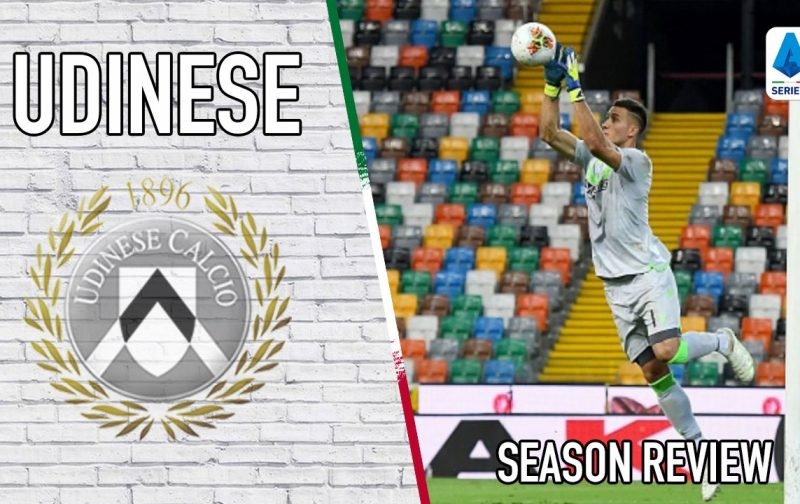 Udinese have had yet another steady season within Serie A finishing in 13th, one place lower than last season but they managed to secure 45 points this season – higher than last. It was a mixed bag for the Friulani with very inconsistent form, especially at the start of the season.

The 2019/20 season was all about continuity and finishing with a -14 goal difference, they will feel they can do much better on that front. With 12 wins all season, they will want to build on this next season. The 26-year-old Argentinian chipped in with seven goals in 34 appearances while also having six assists to his name, the playmaker had a good season but had less input than last. Speculation as to where he would be playing his football followed in both transfer windows but he stayed for another year in Udine.

De Paul’s link-up play between midfield and attack is great to watch and he has a fantastic range of passing. With great determination and drive, he can be very pleased with his contribution this season. The Brazilian signed for Udinese at the start of the season with a move from Bahia in his native Brazil. The defender had a very good season scoring his only goal in victory against Milan on his debut. Udinese started the campaign with Igor Tudor who had saved the club from relegation during the 2017/18 season, became coach of the club for the second time in March 2019. Following a run of poor results, Tudor found himself sacked.

Udinese then turned to Tudor’s assistant, Luca Gotti to take on the role of caretaker. The Italian was assistant to Maurizio Sarri during his time with Chelsea. Gotti took on the role in November and won his first game with a 3-1 victory over Genoa. Under Gotti, Udinese won nine of the 29 games he was in charge of and he made Udinese aware that he has very little interest in taking over as permanent tactician. The 52-year-old has built a solid defence and has used a 3-5-2 during his time and it will be interesting to see if he will perhaps change his mind and carry on his work.

Udinese enjoyed some good results against the top sides in the league but none more so than the 2-1 victory over Juventus. With Juventus needing a win to secure their ninth straight Scudetto, they went ahead from a Matthijs De Ligt strike.

During the second half, Ilija Nestorovski got his side level before Seko Fofana scored in the 92nd minute to make Juventus wait a bit longer for their inevitable title. Udinese sacrificed so much during this win but they will only be sorry that their fans couldn’t have been there to celebrate with them. Udinese endured a difficult run where they went nine games without a win. They had four draws in that run and had to wait until the restart following the coronavirus pandemic to get a victory which came away to Roma when they ran out 2-0 winners. During this winless run, they faced teams in and around them on the table and failed to score in five of those nine games.