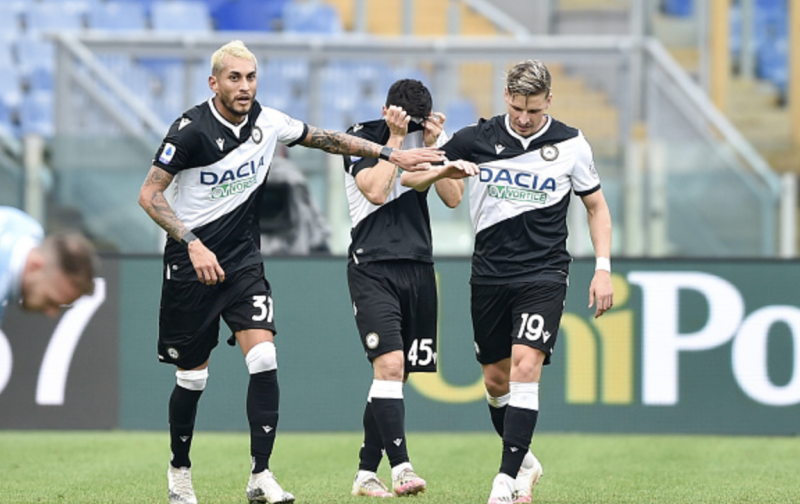 An injury-struck Udinese side stunned Lazio at the Stadio Olimpico on Sunday with a 3-1 win that ended the capital club’s eight-match unbeaten run in all competitions and marked the Zebrette’s first win in this fixture for six years.

The visitors were left heavily depleted by a Covid-19 outbreak before the game, with coach Luca Gotti and seven players missing the trip to Rome.

But goals from Tolgay Arslan and Ignacio Pussetto gave them a deserved half time lead before Fernando Forestieri added a third after the break.

Ciro Immobile pulled one back from the penalty spot but it was too little too late on a forgettable afternoon for the Aquile, as their 11-match unbeaten league run against Udinese came to an end.

After just four minutes, Joaquin Correa raced onto a Luis Alberto through ball but his angled finish was well saved by the leg of Juan Musso in what proved to be the best chance of the half for the hosts.

Pussetto played a big part in Udinese’s opener as he nutmegged Patric to get into the box and cut a pass back to Arslan at the edge of the box, who drilled a shot into the bottom corner. The Biancocelesti struggled to cope with the physicality of their opponents and were left with a mountain to climb when Mohamed Fares gave away possession in midfield in first half stoppage time, allowing Udinese to surge forward on a counter-attack that Pussetto finished off with a close-range finish.

Simone Inzaghi made three changes to his midfield at half time to try and add some bite as Lucas Leiva, Jean-Daniel Akpa Akpro and Adam Marusic came on, but it did little to change the tide.

Forestieri made it three when Francesco Acerbi’s headed clearance fell into his path and the former Watford striker fired home his first Serie A goal of the season on his first start.

Lazio immediately responded when Immobile was tripped by Musso to win a penalty that he then converted, but the Biancocelesti were left frustrated in their efforts to break through a resolute Bianconeri backline as Inzaghi threw on attackers to no avail.