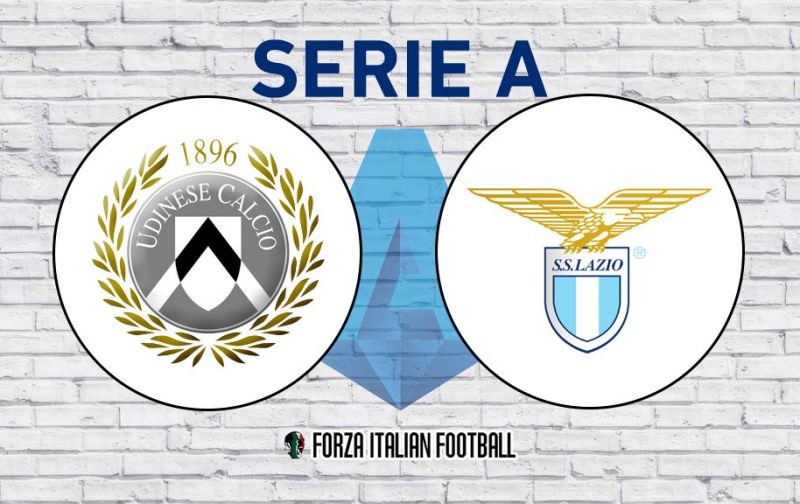 In the ongoing shuffling of positions at the top of the Serie A table, Lazio can regain second spot in the standings with a win at Udinese on Wednesday night (kick-off 21:45).

– Udinese have lost each of their last seven Serie A games against Lazio (scoring only two goals); this is the longest current streak of losses against any side for the Bianconeri.

– Udinese have lost five of their last six Serie A home games against Lazio (D1), after winning the previous three.

– Udinese have won only twice in the last 13 match days (D5, L6): in this period only Brescia have won fewer matches (one) in Serie A and only Brescia, Torino and SPAL (seven each) have gained fewer points (11) than the Friulani.

– Lazio have lost their last three Serie A games, the last time the Biancocelesti went on a longer streak of league defeats was back in May 2009, with Delio Rossi as coach (four).

– Lazio’s points average in this Serie A campaign before the lockdown was 2.4 per game, however it is only 1.0 per match since the restart of the top flight.

– Lazio are one of two sides (also Atalanta) to boast two players who have been involved in at least 20 goals this term (Luis Alberto and Ciro Immobile).

– Udinese is the only Serie A team Lazio’s coach Simone Inzaghi has faced more than five times with a 100% success rate.

– Since he joined Lazio, Ciro Immobile has scored six goals against Udinese in Serie A; he has only found the net more often against SPAL (nine) and Sampdoria (10).

– The first goal for Lazio midfielder Manuel Lazzari in Serie A came against Udinese in August 2017, with SPAL.