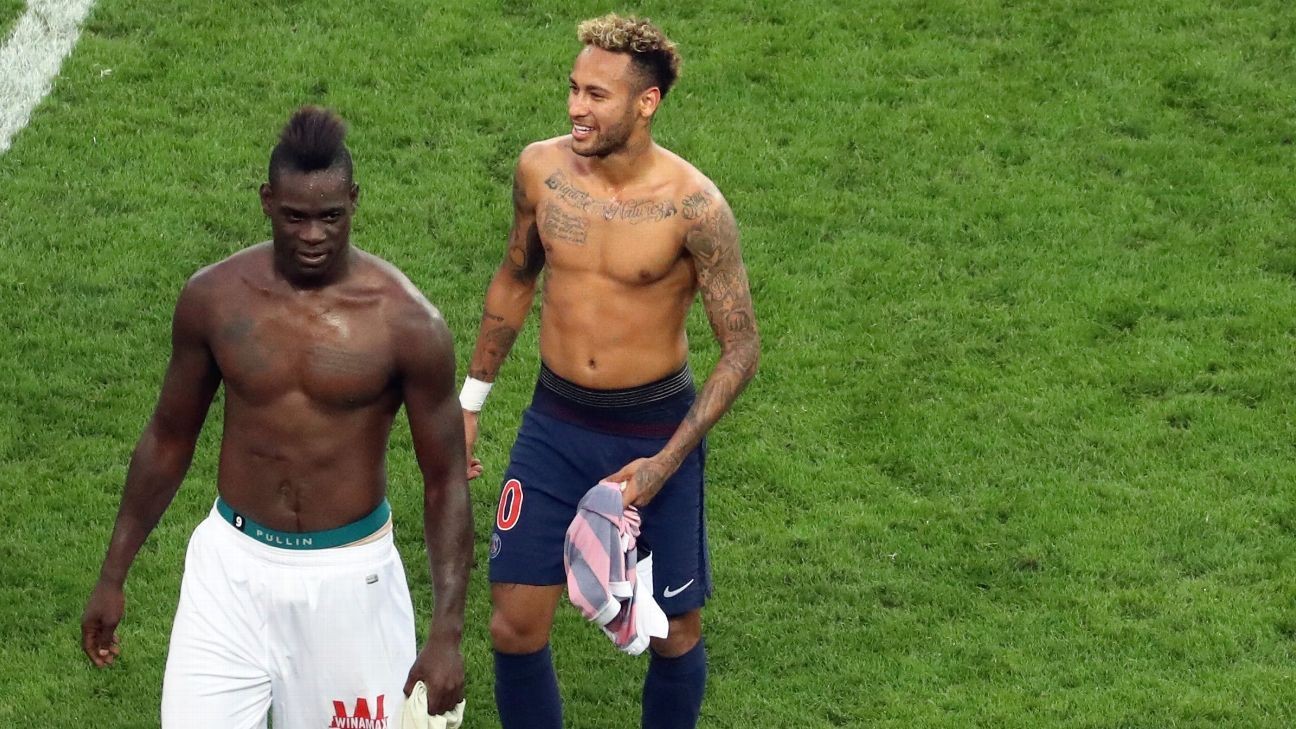 Players from Europe's biggest clubs will be banned from swapping shirts after Champions League ties and could face up to 12 days locked in a Lisbon hotel for breaking isolation protocols as they attempt to win the competition according to UEFA's medical protocols for the tournament.

The 2019-20 Champions League, which has been disrupted by the COVID-19 pandemic, restarts this week with the unfinished round of 16 second-leg ties due to be played to a conclusion.

And with the final being switched from its original host venue of Istanbul in order for Portuguese capital Lisbon to host an eight-team mini-tournament from the quarterfinal stages, UEFA has been forced to draw up a 31-page document to outline the safety measures in place to ensure the competition can be safely played out.

Players and football staff from each participating club must be tested for COVID-19 prior to their departure for Portugal -- the first game is scheduled for Aug. 12 between Atalanta and Paris Saint-Germain at Benfica's Estadio da Luz -- and they will also be tested the day before each game, with results due to be returned no later than six hours before kick-off on a matchday.

Any player testing positive will be expected to self-isolate for 14 days and therefore miss the remainder of the tournament.

And when they arrive in Lisbon, players and staff cannot leave the team hotel without prior authorisation. If permission is granted, they must not have any contact with people outside their team bubble, raising the prospect of some squads having to spend up to 12 days inside their hotel, other than for training and playing, between their arrival in Portugal and the final on Aug. 23.

UEFA has also insisted that players must sleep in individual rooms and not share with teammates, while all playing and training kits must be washed by club staff rather than the hotel laundry workers.

Club officials, including team owners, chief executives and directors, must stay at a separate location away from the team hotel and cannot enter the zone restricted to players, staff and match officials at the stadium.

UEFA has also warned players to refrain from the post-match tradition of swapping shirts with opponents in another safety measure aimed at preventing infection.

All of the medical protocols also apply to the Europa League, which is due to be played out in an eight-team mini-tournament in Germany between Aug 10-21.