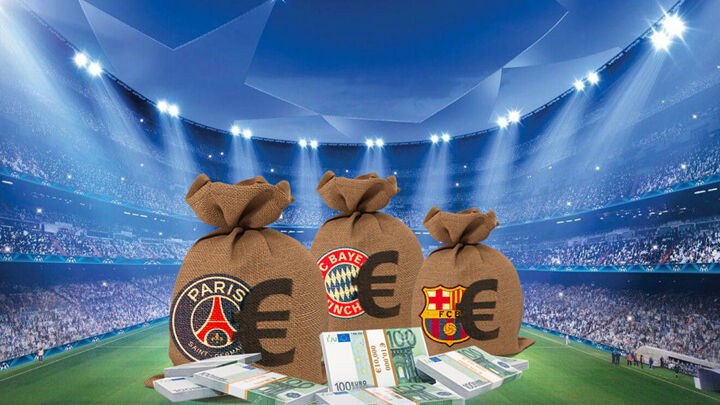 UEFA have revealed the decrease in revenue for the teams that make up their competitions during the 2019/20 season.

European Football's governing body have disclosed their economic balance for the last season, showing a drop in the overall revenue earned by the teams in the Champions League, Europa League and the Nations League as a result of the coronavirus crisis.

Whilst these teams earned 3.093 billion euros between them in the 2018/19 season, this figure reduced to 2.417 billion euros the following campaign.

The income earned by the Champions League teams went from 1.96 billion euros to 1.64 billion euros whilst in the Europa League 559m euros had decreased to 478m euros.

Of the teams that competed in the Champions League last season, Paris Saint-Germain had earned the most overall, with 126.80 million euros, followed closely behind by last season's winners Bayern Munich, who made 125.45 million euros.

In Spain, Barcelona were the only Spanish side to earn over 100m euros, followed by Atletico Madrid on 91.45m euros and Real Madrid on 80.84m euros.

In light of the recent European Super League proposals, there is little surprise why these major clubs were so desperate to join this competition.

Instead, they are left earning a third of that amount through their participation in the Champions League.