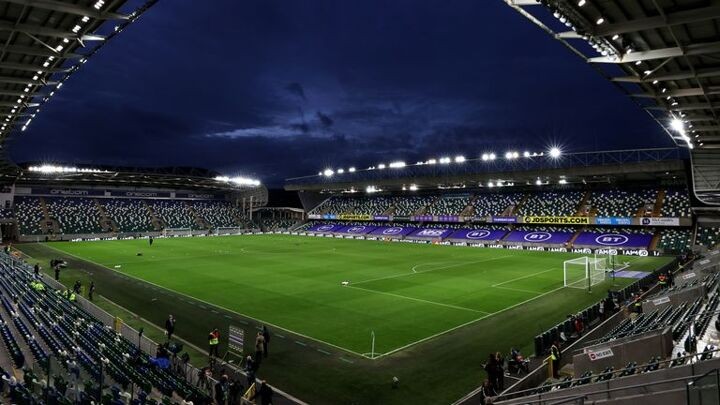 A crowd of up to 13,000 will be able to attend the UEFA Super Cup between Chelsea and Villarreal at Windsor Park in Belfast.

Champions League winners Chelsea meet the Spanish Europa League holders on August 11, kicking off at 8pm with ticket sales for both sets of fans managed by their respective clubs.

Supporters can apply for general tickets up until 3pm on August 2 - with all of those successful required to show proof of a negative PCR or lateral flow Covid-19 test on entry to the ground, where no food or drink will be sold from the kiosks on the concourse area.

Any fans coming from outside the UK will need to comply with border entry restrictions and requirements which are in force at the time of the match - with no exemptions granted to ticket holders.

Should demand exceed the number of available tickets, a random draw will take place with all tickets downloaded from the official UEFA app.

Governing body UEFA noted the attendance level "may be adjusted according to the latest decisions from the local authorities".

The Irish FA added the number of spectators allowed in to watch the match was determined following talks between UEFA, the Northern Ireland Executive and the association.

On the announcement, Irish FA chief executive Patrick Nelson added: "We are delighted to announce the UEFA Super Cup Final will be played on 11 August, at the National Football Stadium at Windsor Park, with a voluntarily reduced capacity crowd of 13,000.

"This represents a 30 per cent reduction in the overall stadium capacity and recognises the need to remain cautious given the ongoing health situation in Northern Ireland.

"We have also secured a resolution which allows travelling Villarreal fans to attend the game."