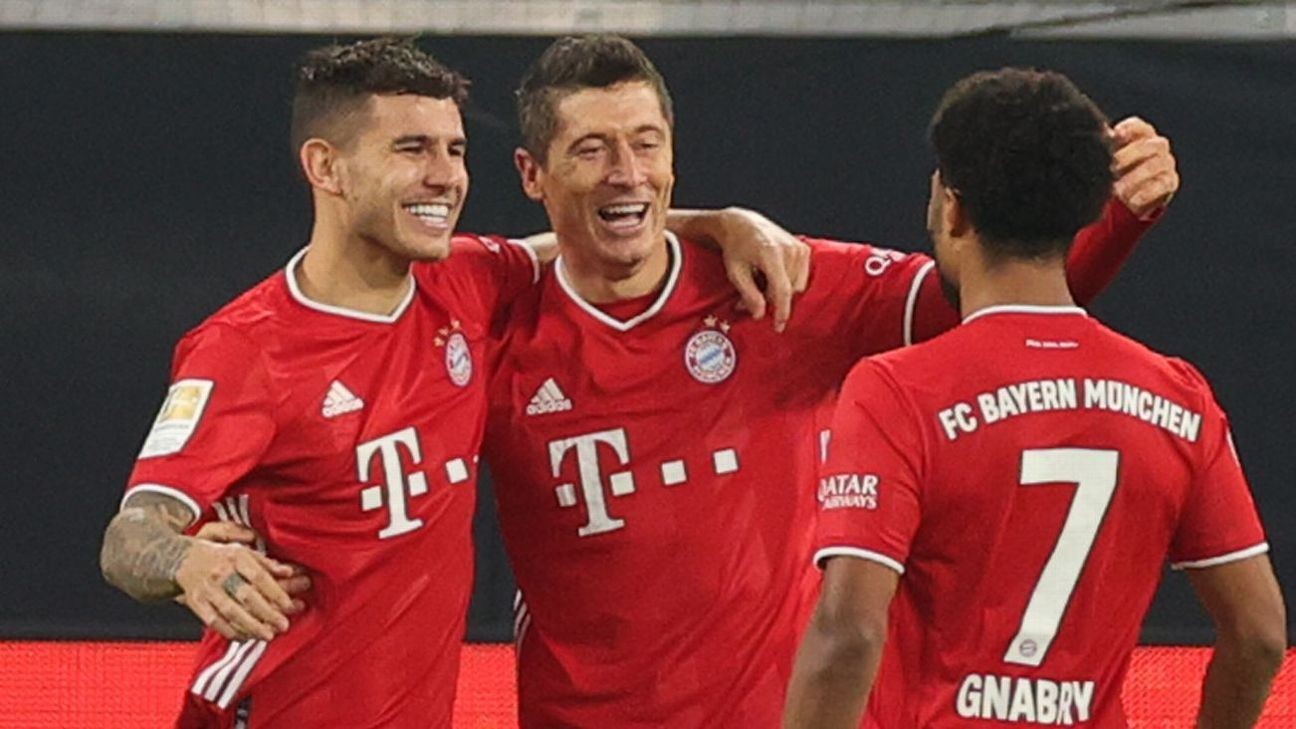 The shortlists have been published and voting has started for the UEFA.com Women's and Men's Team of the Year for 2020.

Haaland and Reyna transfer values rocket as Dortmund dominate top 10Abramovich's 1,000th game: The highs and lows of his time at ChelseaGoal of the Year! Son, Suarez, WSL stars up for FIFA Puskas Award

Football fans around the world can select their favourite XI from the 50 elite players included on each shortlist, both assembled by UEFA's expert technical panel.

Both lists are composed of five goalkeepers, 15 defenders, 15 midfielders, and 15 forwards, all of whom are judged to have excelled at club level in any of the 55 UEFA-associated leagues between January and December 2020.

UEFA Fans' #TeamOfTheYear is back! 🥳

The Premier League has the joint-most representatives in the men's shortlist, with 15 out of the 50 names having played in the English top flight at some point during 2020.

This is equal to the Bundesliga, with the likes of Kai Havertz and Thiago Alcantara dividing time between both countries.

When it comes to individual clubs, Champions League winners Bayern Munich have more players shortlisted than anyone else, with 10 players on the Team of the Year shortlist representing them in 2020 -- including UEFA Men's Player of the Year Robert Lewandowski.

The total number of clubs represented is 21 (including cases where one player has played for multiple clubs).

Robert Lewandowski will be a hot favourite to make the final 11. Getty

Atalanta and RB Leipzig have players appearing on the UEFA Team of the Year shortlist for the very first time, with six shared equally between them: Hans Hateboer, Alejandro Gomez, Josip Ilicic (Atalanta); Dayot Upamecano, Angelino, and Marcel Sabitzer (Leipzig).

Up to and including 2019, two clubs are tied at the top of the all-time ranking when it comes to having players included in the UEFA Team of the Year: fierce rivals Barcelona and Real Madrid, who have both had 49 players featured in the final XI since 2001.

Next on the list is Bayern Munich with 21 players, followed swiftly by Juventus on 20.

There are a total of 19 different nationalities included on the men's shortlist, with Germany (6) narrowly pipping France (5) to the majority share.

Cristiano Ronaldo has been nominated for the 17th consecutive year. The Juventus star has also made more total appearances (14) in the UEFA Team of the Year than any other player over the years, with Lionel Messi next on the list (11) and Sergio Ramos third (8).

Cristiano Ronaldo may be of veteran age but he can still cut it with the very best. MIGUEL MEDINA/AFP via Getty Images

Davies the star of the future

The youngest player on the 2020 Team of the Year shortlist is Alphonso Davies (20 years and 31 days) of Bayern Munich.

The oldest player is Thiago Silva (36 years and 72 days), who left Paris Saint-Germain in the summer to sign for Chelsea.

As a mark of their collective continued form, 10 members of last year's final UEFA Team of the Year XI have been nominated again in 2020.

The only member of the 2019 team to miss the cut for the 2020 shortlist is Frenkie de Jong of Barcelona.

Perhaps it's not overly surprising, but Women's Champions League winners Lyon have the most players included on the inaugural UEFA Team of the Year shortlist with 13 out of the 50, including Lucy Bronze who has since departed for Man City.

France out in front

Again as a result of Lyon's continental and domestic dominance, France have more international players nominated than any other teams (10).

Division 1 Feminine is also the most represented league on show, with 19 players who plied their trades in the French top flight at some point during 2020.

This is half the amount of different clubs represented (21) on the corresponding men's shortlist.

Five of six FIFA's world confederations are represented by at least one player, with Oceania (OFC) the only one missing.

The 50 nominated women's players have an average age of 27, which is exactly the same as the men's shortlist.

The youngest player included is Lena Oberdorf of Wolfsburg, who doesn't turn 19 until Dec. 19. She is the only teenager on the Team of the Year shortlist.

In contrast, the oldest player is Atletico Madrid goalkeeper Hedvig Lidahl, who is 37 and a veteran of 169 senior international caps for her native Sweden. Man City defender Steph Houghton (32) is the oldest outfield player included on the shortlist.