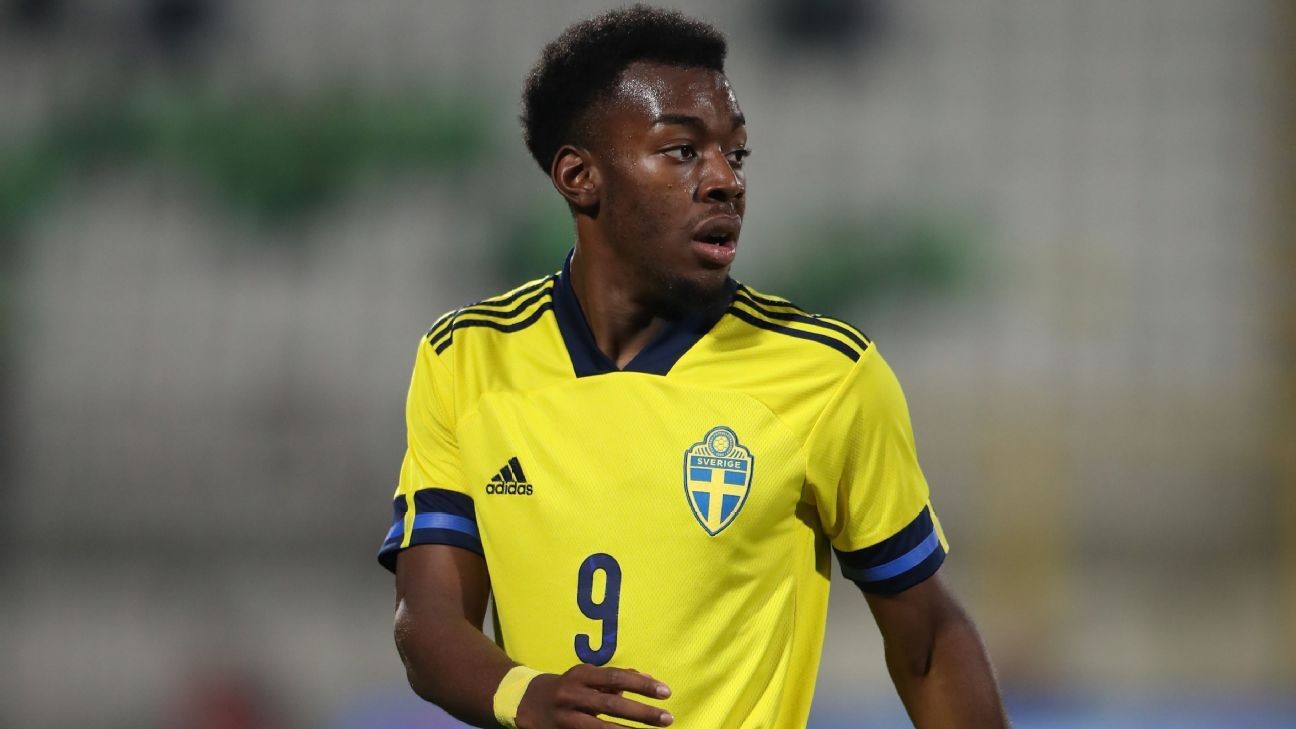 UEFA will investigate an incident of alleged racist abuse aimed at Sweden's Anthony Elanga in an Under-21 European Championship qualifier against Italy on Tuesday.

Elanga, who was taken off in the 72nd minute, was involved in an incident with opposition players after the final whistle, with the Swedish Football Association saying that the Manchester United winger was racially abused by an Italian player.

European football's governing body said in a statement: "In accordance with Article 31(4) of the UEFA Disciplinary Regulations, a UEFA Ethics and Disciplinary Inspector has been appointed to conduct a disciplinary investigation regarding the incidents..."

Anthony Elanga alleges an incident of racist abuse toward him. Photo by Jonathan Moscrop/Getty Images

The Italian Football Federation (FIGC), however, has denied the allegations, saying it was hopeful that competent authorities would clarify the situation soon.

"The FIGC categorically denies that an opponent was subject to racist abuse by an Under-21 National Team player during yesterday's match... we understand that no such incident was observed by the match officials or the UEFA delegate," it said.

Sweden U21 coach Claes Eriksson said: "No one should have to be exposed to racism, it is completely unacceptable. We all stand behind and support Anthony in this."

Elanga broke into United's first team last season and scored his first goal for the club in the win at Wolves on the final day of the Premier League campaign.