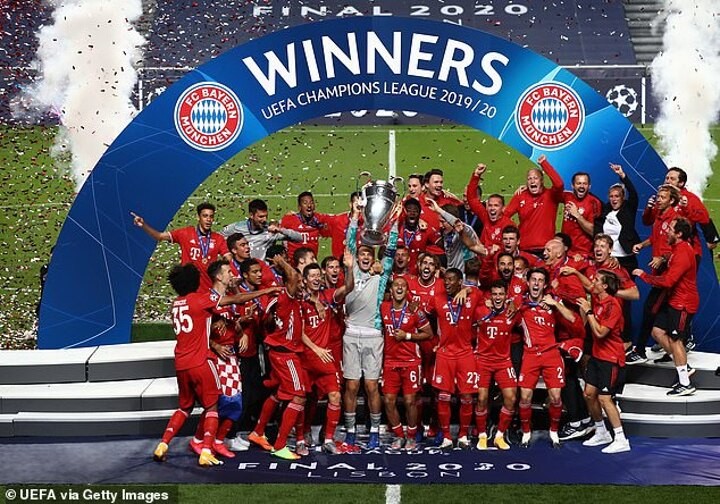 UEFA are set for talks this week that could see a radical overhaul of the Champions League group stage format, according to reports.

Europe's top club competition has come under increased threat from the possibility of a breakaway Super League in recent years with the continent's biggest sides wanting more matches against each other.

But UEFA hope their solution can calm those concerns and unite European football behind the Champions League.

According to The Times, talks are due to centre around a change to the structure that would see clubs playing ten different opponents in the group stage.

It would see 32 or 36 teams put together in a single division but they would not all play each other. A random draw would throw up a team's 10 matches, all against different opponents. Five matches would be at home and five away.

Teams would then compete for points in a single league table and then the top 16 clubs would go on to the knockout stages.

The last-16 ties would then be decided by the league standings. So whoever came top of the league table would play the team that came 16th, the second would take on 15th and so on.

Those teams who finished in positions 17 to 24 would drop down into the Europa League.

UEFA are hoping to introduce the 'Swiss system' from 2024 and would give each Champions League team four matches more than the current group stage format.

However, the increase in the number of matches would add further strain to the football calendar and English clubs may have to withdraw from the League Cup in order to compete. FA Cup replays could also be scrapped.

It is hoped that the system will throw up more matches between Europe's biggest clubs and eliminate the less meaningful matches that the Champions League can offer up.

It is claimed the European Club Association (ECA) is on board with the idea and that the new system would be 'attractive' to broadcasters.

The proposals are set to be put to European officials in the next two weeks. A source told The Times: 'The top clubs want more matches against other clubs from the top leagues and this provides it.

'Although it might be more difficult for fans to understand at first, another advantage is that the group stage should be much more exciting than it is now.

'Every match should be significant because every place in the top 16 will be valuable in terms of the opponent in the next round and in terms of prize money.'

Real Madrid and a number of Italian clubs, including Juventus, have been keen on a European Super League for years.

They are after a greater slice of broadcasting revenue, brought about by more meaningful matches against Europe's biggest teams.

Talk of a European Premier League once again came to the surface earlier this year, reportedly led by Liverpool and Manchester United.

Estimated to be worth £4.6billion, the league would have seen more than a dozen teams across England, France, Germany, Italy and Spain become founding members of the new competition.

A provisional date of 2022 was discussed as when the European Premier League would get underway and as many as five English teams could have been involved in it.

Governing body FIFA had reportedly been involved in the talks over the European Premier League, while Wall Street giant JP Morgan was reportedly in talks to provide $6bn (£4.6bn) in debt financing to help get it off the ground.