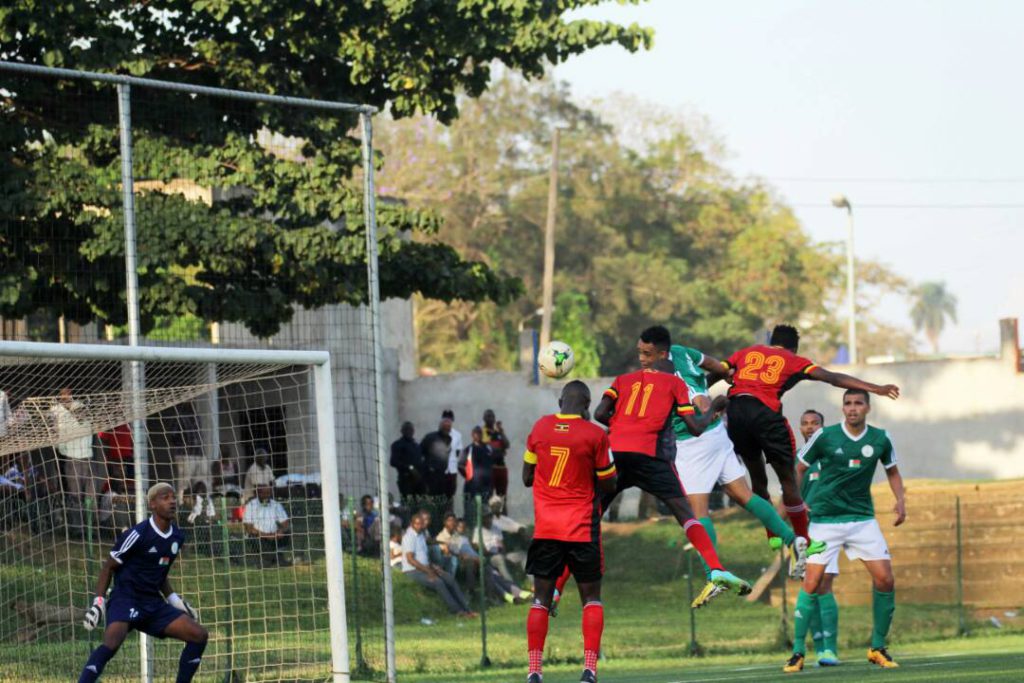 Aerial action during the game. Emmanuel Okwi (7), Derrick Nsibambi (11) and Milton Karisa (23) in a challenge to head the ball fin search for a goal
Share

Ghana's opponents in Saturday's World Cup qualifier, Uganda, suffered a major confidence jolt on Wednesday when they defeated 2-1 at home at the hands of Madagascar just three days before the crucial clash.

The Cranes lost the practice match played against Island nation Madagascar at the StarTimes stadium in Lugogo, exposing some weaknesses in the side.

The result will boost the confidence of the Black Stars that they can go to Kampala and get the result that can keep alive their slim hopes of qualifying for the World Cup.

Rio Carlous Anoriananicinos scored twice in the second half for the maximum points.

Carlous’ goals came in the 49th and 88th minutes to give Madagascar a famous victory.

Team captain and first choice goalkeeper Dennis Onyango was the only un-used substitute in the match.

The team will regroup for Thursday training at Mandela National Stadium, starting 4 p.m.