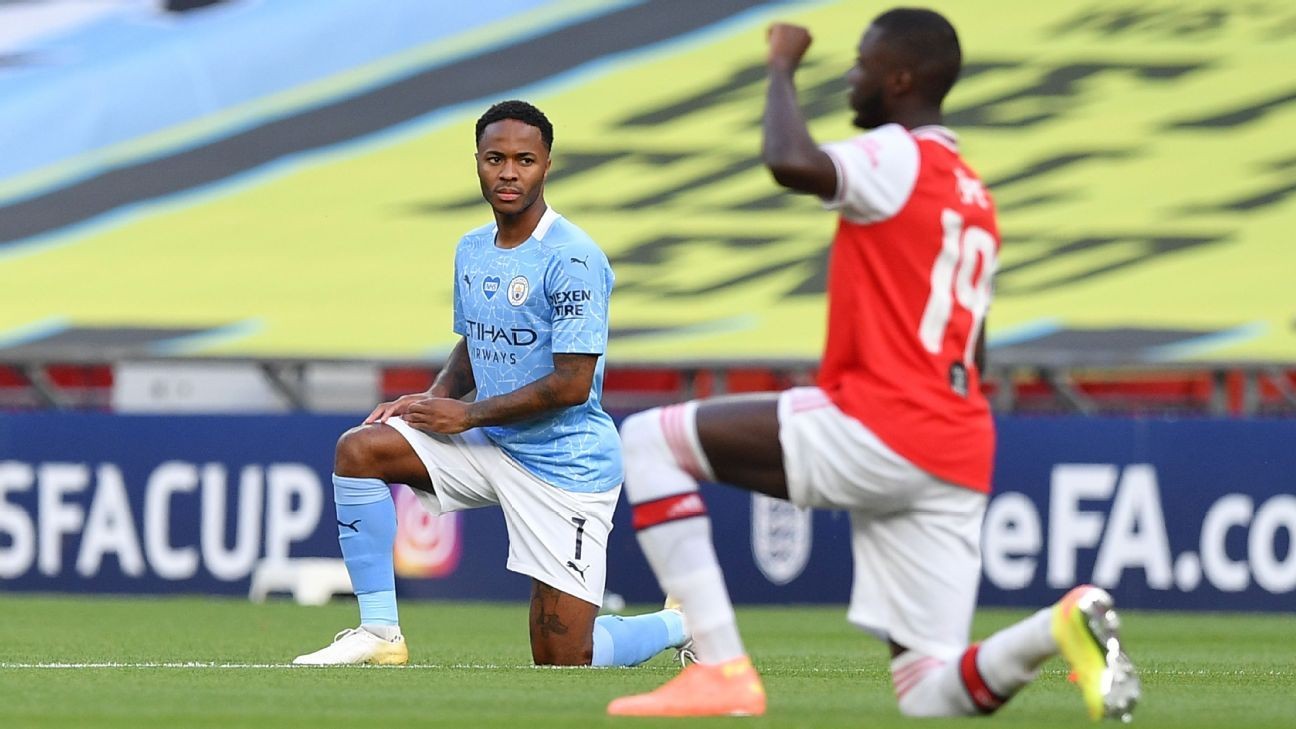 Premier League footballers took the knee after the football restart in support of the Black Lives Matter movement. Photo by JUSTIN TALLIS/POOL/AFP via Getty Images

Players in English football will be banned for six to 12 games for discriminatory conduct under new Football Association sanctioning guidelines.

FIFA and UEFA imposed a minimum 10-game ban for racism or other forms of discrimination.

The FA said there is flexibility to issue bans for fewer than six matches if the discrimination was on social media or if specific mitigating factors are presented.

The governing body can now pursue cases if an incident of discrimination took place in private setting or outside of a standard football environment.

Manchester City's Bernardo Silva was banned for one game for a controversial social media post towards teammate Benjamin Mendy while Tottenham midfielder Dele Alli received the same punishment for appearing to mock an Asian man over the coronavirus.

"Again the FA has shifted the burden on to individuals -- mostly players -- who transgress," he said.

"Clubs whose fans behave consistently badly will get a minor sanction, despite the fact that these types of incidents are the most damaging. The FA just does not want to punish clubs."

There has been a number of incidents involving football fans this season with Bulgaria receiving a two-match stadium closure after racist abuse from the stands in their match against England while a 12-year boy was arrested for sending racist online messages to Crystal Palace winger Wilfried Zaha.

Following the restart after the suspension caused by the coronavirus pandemic, footballers in the UK took the knee in support of the Black Lives Matter movement in the wake of the death of American citizen George Floyd in May.

Information from Associated Press was included in this report.