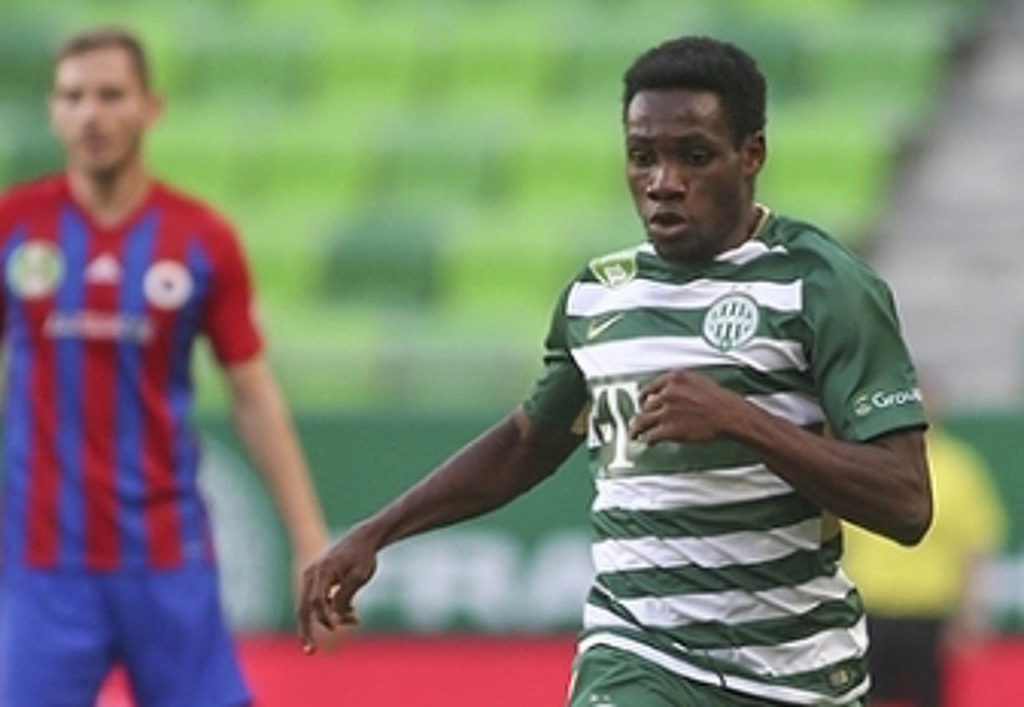 Hungarian side Ferencvaròs Budapest risk losing their most influential player Joseph Paintsil following reports in the Hungarian media that the player has refused to return to the club despite informing the club officially of his ill health.

It is therefore uncertain whether the player will return to the side again or not to continue his loan spell as handlers of the goal poacher suspect foul play in the reportage in the Hungarian media.

Sections of the Hungarian media had published that the Ghanaian is on the verge of facing FIFA sanctions for refusing to return to the club after the first round break - but the player's agent explains that the player is not with the club because he is currently under the weather.

According to the German-based agent of the Ghanaian player, Emmanuel Gyasi, an official communique about the player's current condition as well as his medical report has been sent to the club but Ferencvaròs have refused to acknowledge the documents, rather blaming the player for not reporting to camp - a situation the agent considers disrespectful.

"It is disrespectful to the player, myself (his agent) and Tema Youth SC as a club for Ferencvaròs to threaten the player when they know he is not well.

"I expected the club to have shown respect to a player who won the goal of the season in the Hungarian league after joining for just 3 months," Emmanuel told GHANAsoccernet.com

"If they can't sympathise with the player, they must not threaten him," he added.

The developing situation has compelled many to conclude that the best player of the side who has chiselled his way into the hearts of the Ferencvaròs fans may not return to the club.

Handlers of the player have raised huge concerns regarding the posture of the club that has even not fulfilled their part of the loan bargain with the player's Ghanaian club Tema Youth SC, with fear that the player can be exposed to serious racial treatments if he returns to the club.

With Genk increasingly pushing for the signature of Joseph Paintsil who has scored 6 goals in 12 appearances for Ferencvaròs, it is becoming a little more obvious that the player could bid farewell to the Hungarian side.