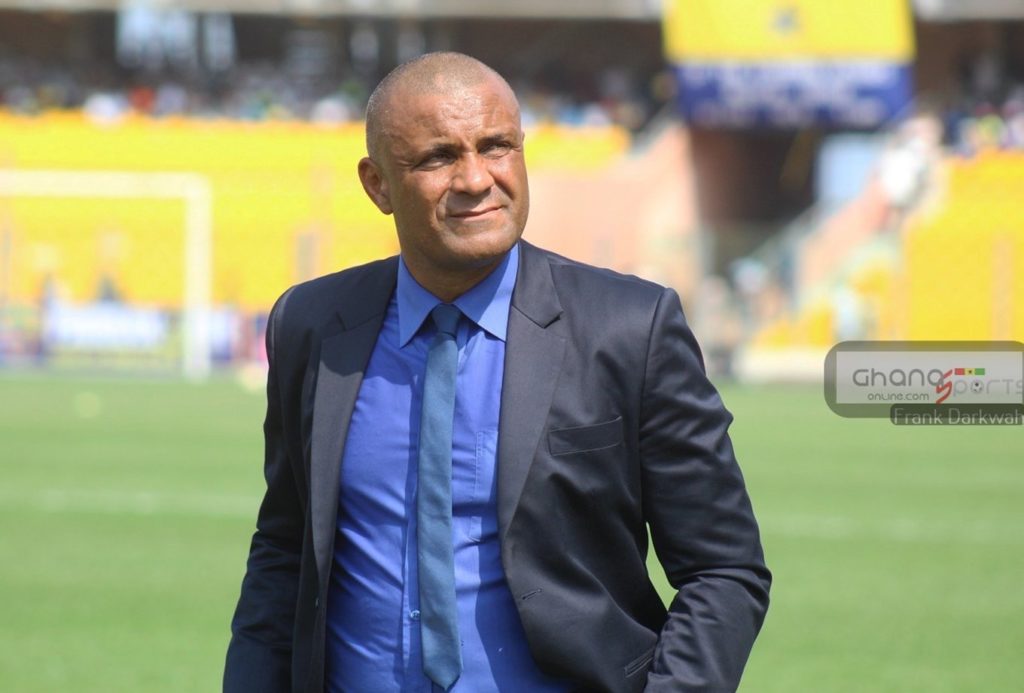 Accra Hearts of Oak coach Kim Grant says he’s not worried about his future at the club despite their 1-0 loss to Berekum Arsenal in the opener of the 2019/20 Ghana Premier League (GPL).

The former international striker's future with the Phobians has been thrown into doubt after they suffered their first ever home defeat to Berekum Chelsea in their opening match of the season on Sunday.

A solitary strike by Berekum Chelsea’s Jonah Attuquaye sank Hearts on home turf with many fans calling for his dismissal after the game.

The board of the club has been asked by supporters of the club to sack him following last week's loss to arch rivals Kotoko before the shocking defeat to Berekum Chelsea.

But Grant who is looking to end the 10-year trophy-less drought of the Phobians insists he is focused on the job and looking forward to making amends in the next game.

“I’m going to take each game as it comes, if the Board decides to take any decision that is up to them but is here to work and be successful at this football club," Grant said.

“I’m working very hard and the boys are also working hard, nobody wants to lose a football match but unfortunately we lose today but I believed we played very well with 70% of the possession and more chances than they had but we have to move on,'' he said in a post-match interview.

Hearts will travel to Tarkwa to face Medeama in their second match of the season as they look to bounce back to winning ways.