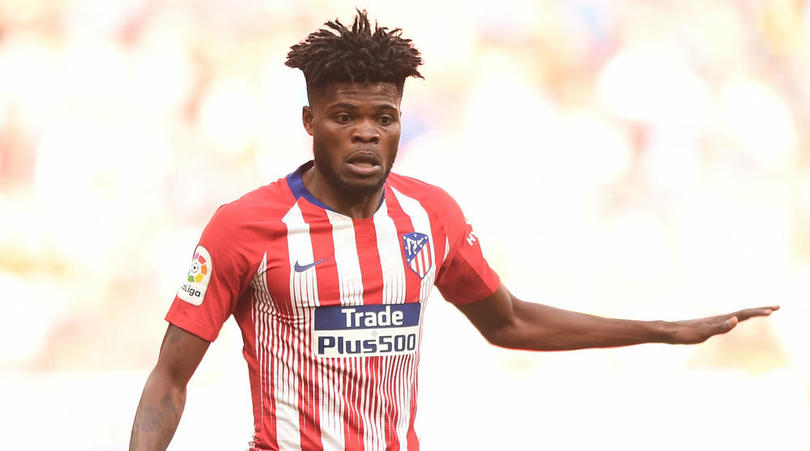 At times, this season, it has looked as though Thomas Partey would struggle to build on the progress he made for Atletico Madrid last term.

The Ghana international even spoke in December about not feeling valued enough in the Spanish capital due to the fact that he’d missed a couple of important games for the league’s second-placed team.

In truth, he has been out of the starting XI for some of Atleti's biggest games this season.

Atleti’s European Super Cup triumph over city rivals Real Madrid, the opening-day stalemate at Valencia, Champions League matchday one’s success over AS Monaco, the Madrid Derby stalemate in late September, and November’s encounter with Barcelona are just some of the matches in which Partey didn't finish in Diego Simeone's first team.

However, since then, he's featured in seven of the last eight fixtures in all competitions, while starting five of the Madrid side’s six games in the Champions League group stage.

However, after delivering commanding displays and almost winning matches single-handedly on occasion last term, Partey has struggled to kick on.

For example, Saul Niguez, Koke and Rodrigo have all seen more La Liga gametime in the heart of the park than Partey so far this term.

"It is true that I feel that I can still be more important and that is why I work hard every day," Partey later added, clarifying his original statements. "I do not want to conform and that’s good to be the best player I can be."

It’s probably no coincidence that Partey's comments about his unhapiness at Atletico came just before the opening of the transfer window, against the backdrop of transfer links to a glut of clubs, notably Manchester City and Manchester United.

For City, the rumor makes a whole lot of sense.

Midfield pivot Fernandinho will be 34 before the end of the current campaign. and will possibly see reduced gametime from next season as Pep Guardiola eases him out of the side.

The Citizens also have no direct replacement for the imperious Brazilinternational; neither do they look like promoting from within for such an important role in the side, so the logical solution would be to look in the market for a player that fits the profile.

In that sense, the Partey links are understandable owing to the qualities he possesses.

Even though the lazy tendency is to tag his type of player as another blue-collared midfield juggernaut, the label doesn’t do justice to his ball-playing ability.

His pass completion of 85% is admirable, and underrated, while the Ghana star equally possesses the defensive attributes to thrive playing at the base of the midfield, evidenced by the fact he’s neck-and-neck with Fernandinho in successful tackles on a game-by-game basis.

He slightly trumps the Brazilian in interceptions per game, and massively outdoes the City man in his ratio of successive duels won.

At 25, he may represent the best option to replace the ageing Citizen, and with the benefit of hindsight, should be the better fit than Jorginho, who Pep missed out on last summer.

While he'd have to adjust from playing in a midfield two to being a sole defensive midfield controller, the all-round Partey still guarantees midfield steadiness.

The Red Devils don’t have a Director of Football pulling the strings with transfers (although the appointment of one is understood to be in the pipeline), while the future of Ole Gunnar Solskjaer is also yet to be decided.

The ambiguity of the situation at Old Trafford makes a transfer there difficult...at least at the time being.

In theory, though, the former Atleti man would fit in perfectly in the heart of United’s midfield.

Ander Herrera outshines the Ghanaian all-rounder in interceptions made, but he's outdone in the tackles completed and successful duels metrics. Partey is also better at taking on and beating his man than the aforementioned pair.

His return of two goals and three assists in the Spanish top flight sits him level with the aforementioned Spaniard, but above the Serb, who's scored just once and recorded no assists.

With Marouane Fellaini now departed, Herrera out of contract in the summer and Matic already in his 30’s, acquiring another midfielder should be prioritized at England’s most successful club, and Partey seems to fit the bill.

Unless Simeone realises the talent he has at his disposal and begins to build his team around Partey, the West African's discontent may well continue to grow.

If this happens, then Atleti risk losing the multi-talented, yet undervalued, midfield man, who’s just about to move into his prime years.