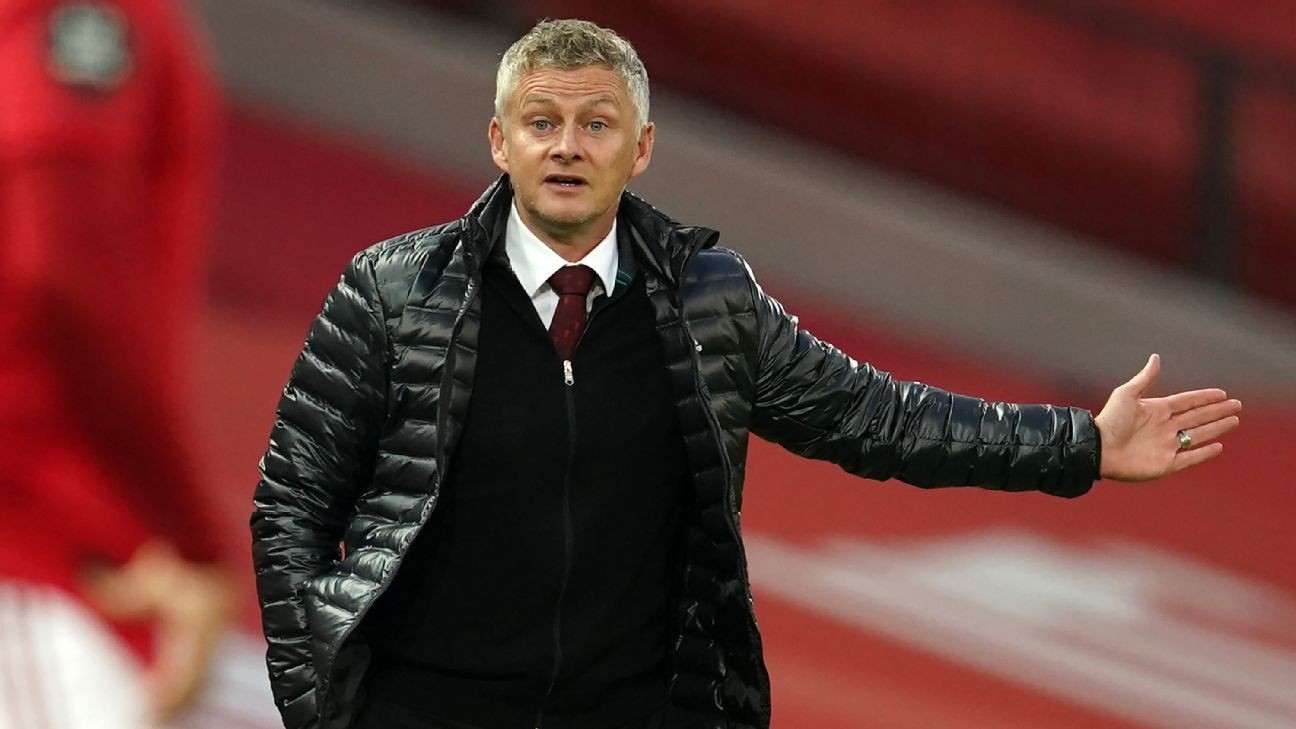 Ole Gunnar Solskjaer has said his attempt to return Manchester United to the top of English football is moving quicker than expected.

United face Crystal Palace at Selhurst Park on Thursday looking to bounce back from the 1-1 draw with Southampton that put more pressure on the top four.

But even though Solskjaer's team are fifth in the table with three games remaining, he is happy with the progress he has seen.

"I think we've hurried this process up by quite a distance with what we've done since we started this season," Solskjaer said.

"We've played some good football, enjoyable football, we're privileged to play for this great club and there's a certain expectation of how we play football and we're getting closer to that type of team."

United kicked off against Southampton on Monday night knowing that a fourth place finish and not fifth is needed to qualify for next season's Champions League after Manchester City had their two-year ban overturned by the Court of Arbitration for Sport.

Jurgen Klopp and Jose Mourinho were among those who appeared to criticise the decision but Solskjaer says his only concern is that the Financial Fair Play rules are not scrapped in the aftermath.

"I think other people can debate and want to debate [the decision], I don't think that's my job," Solskjaer said.

"My job is to focus on the next game and do the right things. With FFP, it was brought in to keep football clubs financially sustainable and that's important and they give us rules. That's what we're focusing on and let other people discuss the rights and wrongs."

After travelling to Crystal Palace, United face Chelsea in the FA Cup semifinals at Wembley on Sunday.

Solskjaer has got injury concerns at left-back after Luke Shaw and Brandon Williams both went off against Southampton.

"Luke has got a swollen ankle, I'll give him as much time as possible to recover, it was a twisted ankle," Solskjaer said.

"Brandon cut up his eye. They were both swollen and I'll give them as much time as possible to let the swelling to go away.

"The team selection for Thursday is based on Thursday, not Sunday.

"Sunday is irrelevant and does not come into my head at all, just Thursday.

"There were a couple of doubts before the Southampton game but they all reported fit on the day. There might be one or two fresh legs coming in."