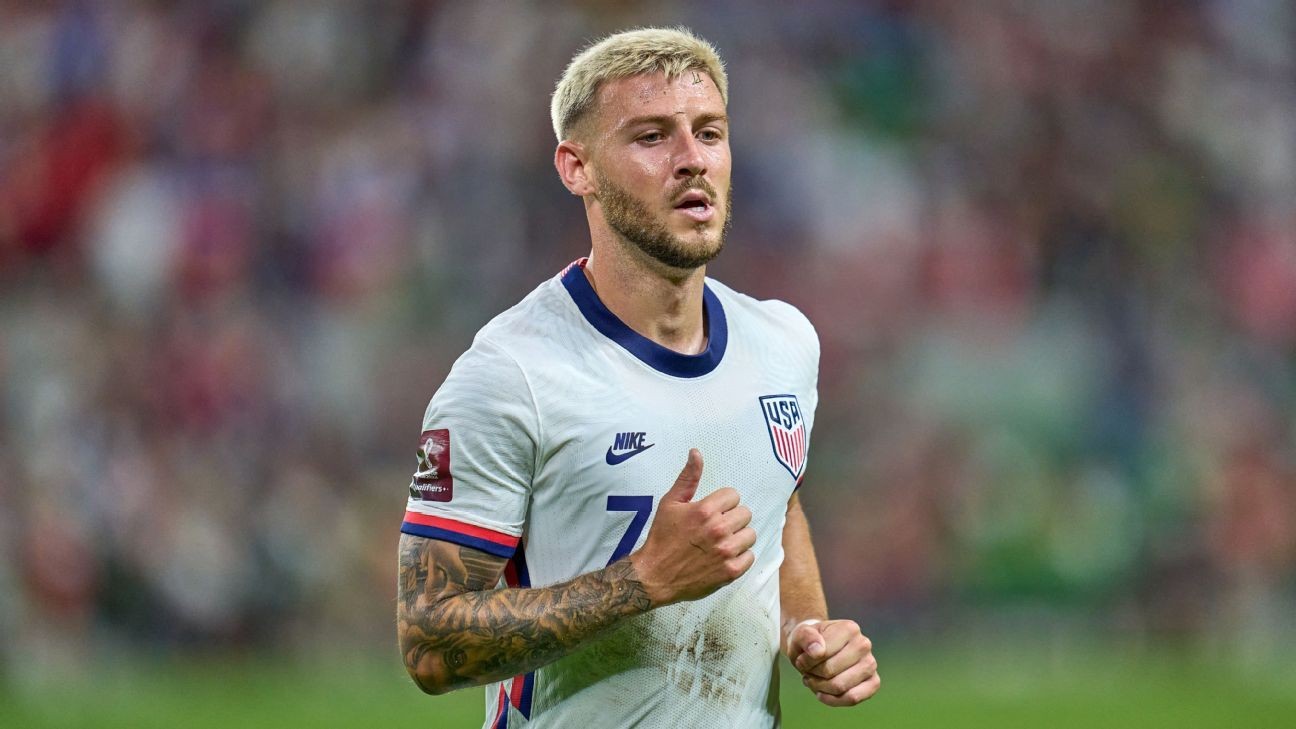 It's only been 49 days since the 2021 Major League Soccer season concluded with New York City FC's triumphant MLS Cup win in Portland, and there are still 30 days before the 2022 campaign gets underway, yet it's been an entertaining offseason so far.

The league's embrace of its role in the global transfer market, that of a seller, has never been more evident than in this offseason. Players developed in MLS academies and U.S. colleges like Ricardo Pepi, Daryl Dike, Tajon Buchanan, Cole Bassett, Justin Che, James Sands and Kevin Paredes have all left for Europe. Rodolfo Pizarro, Leandro Gonzalez Pirez and Eduard Atuesta have left the league for some of the biggest clubs in South and Central America.

Yet, in the face of these intriguing exports, there have been numerous deals that have seen fresh faces arrive and established stars move within the league. The Houston Dynamo smashed their transfer record to sign Sebastian Ferreira to a Designated Player deal. The LA Galaxy dealt longtime United States midfielder Sebastian Lletget to the New England Revolution.

So, with the transfers, trades, and subsequent questions, piling up, ESPN's Jeff Carlisle and Austin Lindberg looked into some of the most interesting, exciting and complex deals that have brought new players to new teams in MLS for 2022.

The Italy international was the offseason's most spectacular capture given that his reported annual salary of $15 million is more than double the previous record of $7.2m (the reported part anyway) for former LA Galaxy forward Zlatan Ibrahimovic. And it's one that has led to questions about whether it's a sign that MLS in general is loosening its purse strings, especially given the player's pedigree and importance to the Azzurri ahead of the 2022 World Cup.

The reality is this looks more like a Toronto team reverting to type. This is an organization that shelled out eight-digit transfer fees for the likes of Michael Bradley, Jermain Defoe and Alejandro Pozuelo. In Insigne's case, he arrived on a free transfer, allowing TFC to plow more money into his salary. Only a handful of MLS teams have shown anything close to the financial wherewithal to do anything close to what Toronto did.

The trend in MLS of signing young players -- especially from South America -- so they can be transferred out at a profit later also remains in force. The league's roster rules, including the U-22 initiative, invites teams to go that route. The more likely outcome as it relates to Insigne is that teams will look at the signing carefully, and see how it plays out before thinking about whether to follow suit. -- Jeff Carlisle

Trading for a "rental" is pretty commonplace when looking at the North American sports landscape, but it's not something seen all that often within MLS, yet that's exactly what LAFC have done in sending up to $1.4m in General Allocation Money to Colorado in exchange for Acosta. The FC Dallas academy graduate has just a year remaining on his contract, and in the wake of his trade to Los Angeles, he made public his desire to play in Europe and that the Rapids had received interest from clubs on the continent.

Acosta will be joining an LAFC side in transition. Gone is Bob Bradley, in has come Steve Cherundolo, for his first foray into senior management in any top flight. And while Latif Blessing and Jose Cifuentes are two foundational midfield pieces, the Black and Gold also have seen anchors of the engine room Mark-Anthony Kaye and Atuesta depart the club in the past six months.

Is that the sort of environment that will help Acosta feel settled? Is this putting him in a position to succeed? If not, will the club have earned enough goodwill to convince the player to re-sign? Or will Acosta prove an expensive stopgap, destined for Europe as a free agent in 12 months' time? -- Austin Lindberg

When it comes to predicting who would break MLS' record for the highest amount of assets in an intra-league move, Arriola likely wouldn't have been on the top of most lists. But with Dallas flush thanks to a plethora of outgoing transfers in the past year -- including Bryan Reynolds, Tanner Tessmann and Pepi -- Arriola was tapped to be a major part of FCD's rebuild.

Arriola is by no means the most talented player in the league, but he is a known commodity, and given the hit-or-miss nature of foreign signings -- and in Dallas, it's been more miss than hit -- he provides a dependable and on-occasion dynamic wing presence who is also willing to work on the defensive side of the ball.

There has been some allocation money inflation. While the amount went up by a mere $100,000 in 2022, it will go up by $275,000 in 2023 and another $685,000 in 2024, leading Dallas to dip into those pools of funds to get this deal done. But there has long been a sense that domestic players are undervalued in MLS, so perhaps this is a case of GMs taking more note of proven MLS players. -- Carlisle

The Orlando attack will look very different in 2022 than it did in 2021. Gone are Dike (West Brom), Nani (Venezia) and Chris Mueller (Hibernian), and in have come DPs Ercan Kara and Torres.

It's Torres who is the Lions' new crown jewel, though. Orlando GM Luiz Muzzi called the Uruguay international one of the three most exciting young players in all of South America, and likened Torres' talent to that of Julian Alvarez, the 21-year-old Argentina striker expected to leave River Plate for Manchester City this month.

This offseason marks our first opportunity to get a glimpse of the sort of investment new owners the Wilf family, who completed their purchase of the club last July, will make in the squad. Torres' transfer fee reportedly could rise as high as $9m. Kara and fellow January arrival Cesar Araujo were also in all likelihood signed for seven-figure fees.

Rusnak can thank MLS players of yore for his new deal in Seattle. Back in 2015, MLS and the MLS Players Association (MLSPA, then known as the MLS Players Union) agreed to a collective bargaining agreement (CBA) that was viewed as a win for the owners. The union's leadership and player representatives were heavily criticized. Players admitted there was lots of potential salary budget room left on the table, but it did contain the first stab at a limited form of free agency, one that the MLSPA hoped would expand over time.

And it did. The CBA agreed upon last February expanded the pool of players eligible for free agency by 149% from the 2019-20 offseason to now.

Rusnak was the biggest beneficiary, maintaining his Designated Player status with the Sounders. Now it will be seen just how much Seattle benefits. There is plenty that is lining up for both team and player. The team's sporting director, Craig Waibel, and assistant Freddy Juarez managed Rusnak last year in Salt Lake. Rusnak looks set to augment Seattle's attack, one that already had Nicolas Lodeiro and Raul Ruidiaz.

The funny thing is that dream pairings on paper don't always work out as planned. In 2018, Justin Meram was thought to be a prize capture for Orlando City, but he never settled and was back with previous club the Columbus Crew by season's end. In Rusnak's case, plenty of eyes will be on how he meshes with Lodeiro or if he ends up supplanting him. But it will likely still count as a free agency victory for the broader pool of MLS players. -- Carlisle