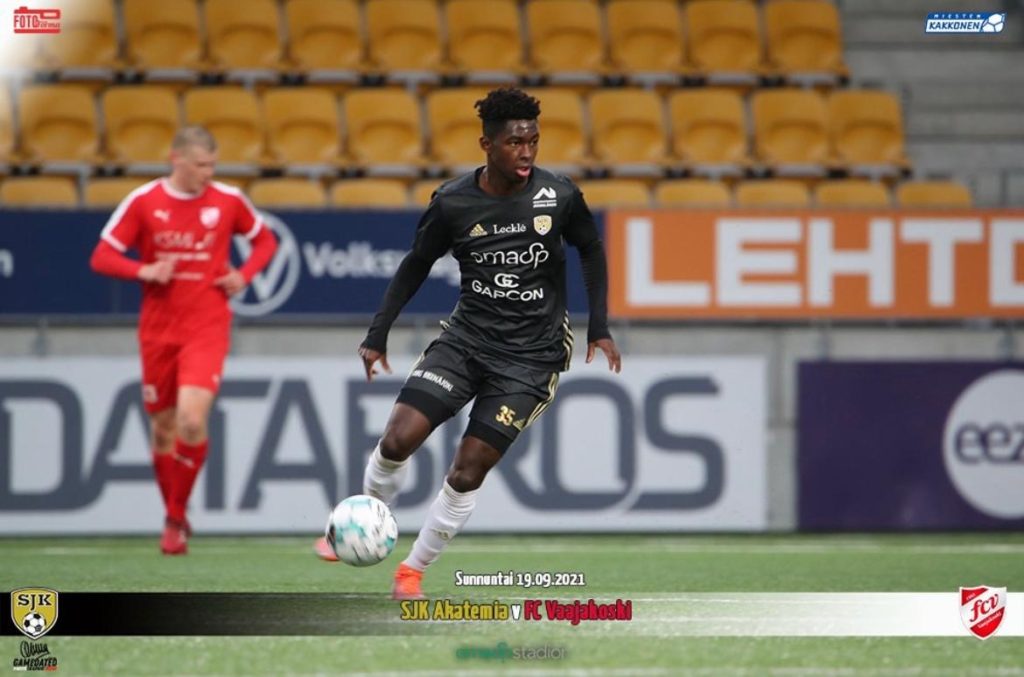 Striker Kingsley Asante Ofori scored his 12th goal of the season as SJK Akatemia beat Vaajakoski 2-0 in Group C of the Finnish third-tier league. Ofori's goal was assisted by Finnish player Oskar Pihtaja who did an incredible job down the left flank to send a low cross for him to hit through the goalkeeper's legs in the 27th minute.

Teammate Nooa Laine had given Akatemia the lead three minutes earlier when his long range shot bounced off the ground into the bottom corner of the net.

Ofori had threatened Vaajakoski early in the game when his first shot at goal narrowly missed the target in the 6th minute.

The 19 year old is a joint top scorer in Finnish Kakkone league with 12 goals in 18 matches.

Akatemia have established a 13 point cushion at the top of the table with 47 points.