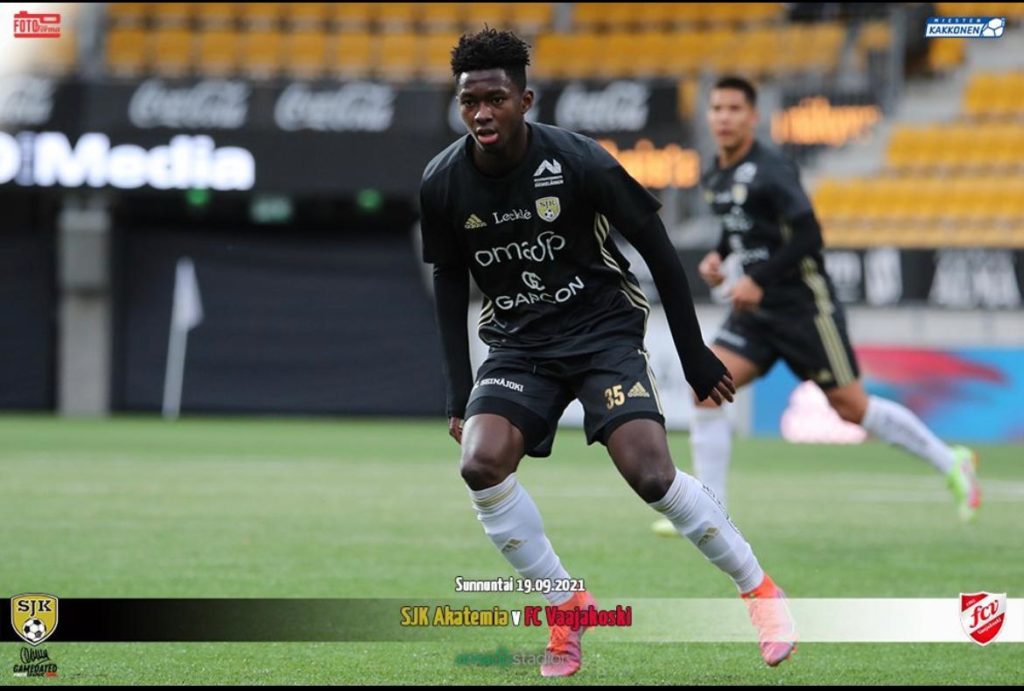 Ghanaian striker Kingsley Asante Ofori scored his 13th league goal in the Finnish second-tier on Saturday as his side  SJK Akatemia drew 2-2 at Vaajakoski.

Ofori came off the bench in the 66 minute to level the scoring after Akatemia after Vaajakoski managed to overturn a one goal deficit ìn the first half.

Three minutes after his introduction, he at the right place at the right time to control an awkward shot by a teammate in the 18 yard box to prod the ball at the back of the net.

SJK Akatemia took an early lead in the 3rd minute from Omar Adawi but the home side fought back from behind to register two goals in the 44th and 66th minutes through Santtu Laaksonen and Antoine Lemarie.

Ofori is the leading scorer for his club and the second highest scorer in the Finnish Kokkone league with 13 goals in 19 matches.