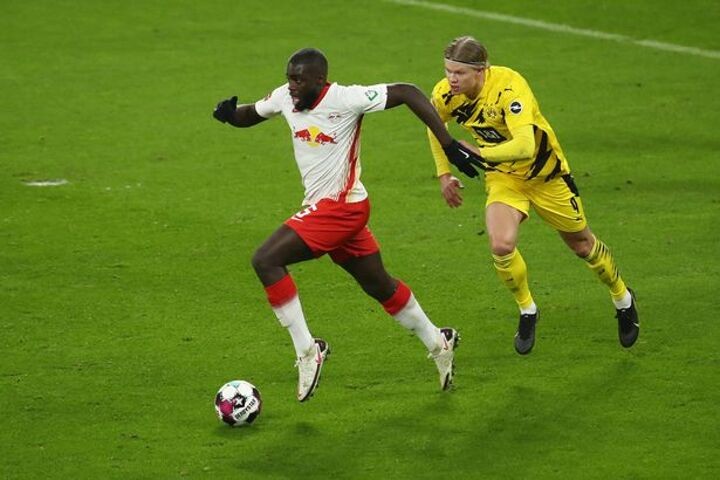 Bayern Munich are determined not to lose out in the race for RB Leipzig star Dayot Upamecano.

The 22-year-old defender is a target for a number of top clubs across Europe with Liverpool and Man Utd among the teams tracking him.

But Bayern are hopeful of fending off the competition and have already started putting safeguards in place to help their pursuit.

Upamecano has a €42million (£37m) release clause in his Leipzig contract which becomes active in the summer.

And Bayern have put a request in with his agents to be informed as soon as possible if any other club activates the clause.

As reported by Sport Bild , the reigning Bundesliga champions are looking to sign the centre-back but are keen to snap him up for a smaller fee.

Bayern chiefs know that could prove difficult with so many interested parties, so are willing to fork out the full amount if other sides come into play.

They see Upamecano as a worthy replacement for David Alaba, who looks set to move to Real Madrid on a free transfer at the end of the season.

Jerome Boateng is also expected to move on in the near future, which would leave Bayern short of options at the back.

Their sternest competition for Upamecano's signature could come from Liverpool, who are opting against signing a defender this month to bide their time until the summer.

But Upamecano's former Leipzig boss Ralf Rangnick believes the youngster is ready to step up to the challenge of playing for Bayern.

"Why not?" Rangnick told Sport1 in November when asked about a potential transfer. "Bayern know this player well, you can assume that. Physically, Bayern saw that in direct duels: no one will run away from him.

"He might still have one or two risky balls too many in a game, but he will certainly learn in the next few years.

"I got to know Upa and his family over many years. They not only make decisions that sound good to them in terms of his image, but they also make decisions based on the feeling of what is best for the player himself."