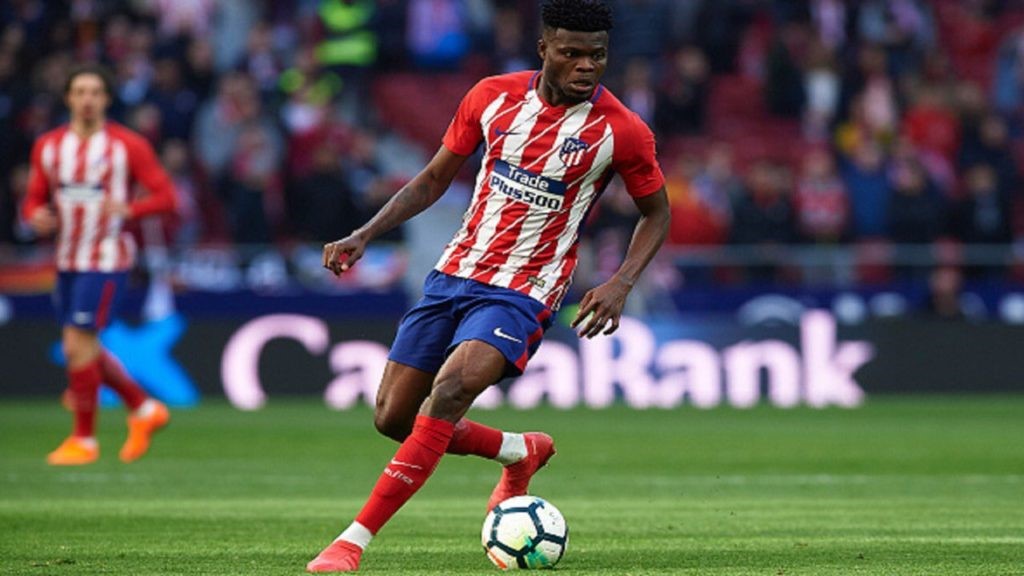 Ghanaian midfielder Thomas Partey is finalising his move to Arsenal is currently undergoing a medical in Spanish Capital, Madrid, as Arteta finally lands his top transfer target of the summer. GHANAsoccernet.com can exclusively reveal.

The 27-year-old is joining the Gunners on transfer deadline day after Arsenal agreed to meet his release clause of 45 million pounds.

The move will bring a successful end to Arsenal's pursuits of the Ghanaian midfielder who was also a target for Italian giants Inter Milan.

Thomas has risen through the ranks and is now the deputy captain of the Black Stars in a move that underlines his growing reputation as a leader of the Ghana national team.

Last season, he was instrumental as Atletico Madrid knocked out Liverpool at the round of 16 of the UEFA Champions League and enjoyed over 1500 minutes in La Liga.

If the medical is a success the Ghanaian is expected to sign a four year deal and will earn around £ 250,000 a week in wages at the Emirates.