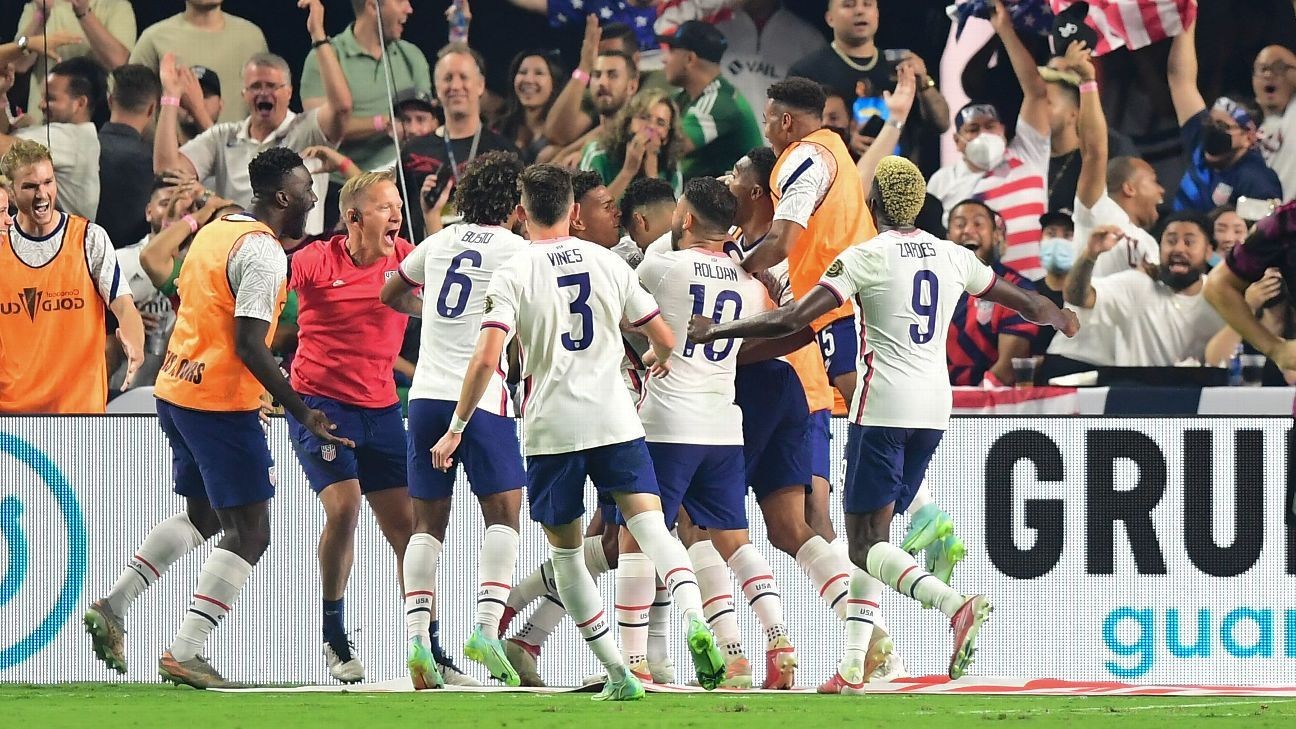 Matt Turner made a stellar save just after 10 minutes -- his 20th of the tournament -- from a goalbound Rogelio Funes Mori header to keep the score level early.

The U.S. missed a great chance to take the lead on 25 minutes when, after dispossessing Mexico in its own half, Sebastian Lletget sprang Paul Arriola in the area, but his shot came back off the post with only the keeper to beat.

Despite having the better of the shots and possession, Mexico failed to score as a scrappy U.S. side went into half-time tied 0-0.

Orbelin Pineda wasted two opportunities to put Mexico in front to start the second half, once from a wide open shot in the penalty area and the second from close range on a ball in from the right flank.

The U.S. were undeterred, though, and Matthew Hoppe had two good chances blocked away by the Mexican defence, while Arriola had a shot on the doorstep impossibly stopped by El Tri keeper Alfredo Talavera as the second half progressed.

A thrilling end to regular time saw both sides fashion decent chances without scoring and the game headed to extra time.

The extra 30 minutes continued the theme of the game: plenty of action but no goals, until Robinson hooked onto a Kellyn Acosta free kick in the 117th minute and beat Talavera to give the U.S. a massive win.

The U.S., who secured its seventh Gold Cup title, beat Mexico in the inaugural CONCACAF Nations League final with a Christian Pulisic extra-time winner on June 6 in the teams' last meeting.