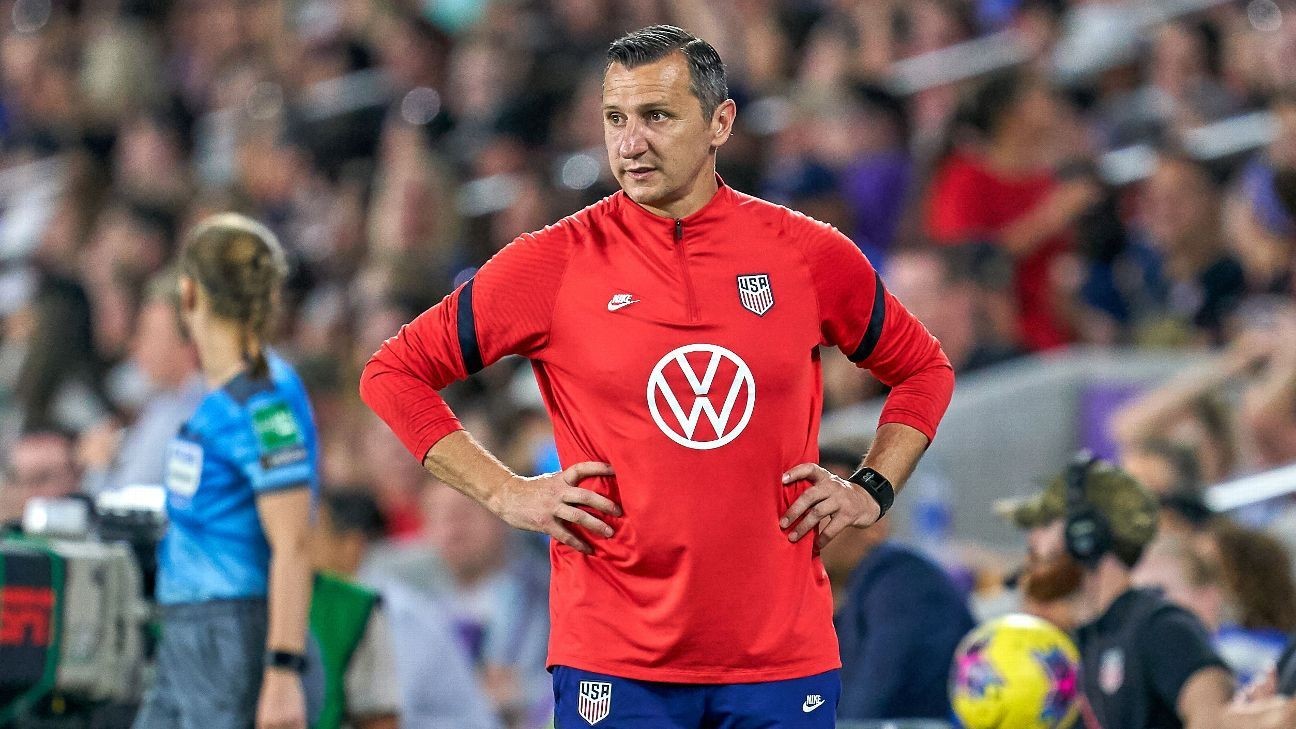 U.S. women's soccer team head coach Vlatko Andonovski said the four-time World Cup winners are in a constant state of evolution, with the COVID-19-delayed Tokyo Games on the horizon at long last.

The team defeated Colombia 4-0 in Monday's friendly in Orlando, Florida, their first match of 2021, with midfielder Sam Mewis earning her first career hat trick and veteran forwards Megan Rapinoe and Carli Lloyd returning to action for the first time since March's SheBelieves Cup.

It was an auspicious start to a critical year for Andonovski, who succeeded long-time head coach Jill Ellis in October 2019 and hopes to guide the team to Olympic gold following their disappointing exit from the Rio Games in the quarterfinals.

"It's incredible to see the mindset of this team," said Andonovski, 44, on Thursday. "The environment is set up in a way that we know if we [stay] where we're at, other teams will surpass us."

He has ample weapons at his disposal, including 2019 Ballon d'Or winner Rapinoe and newcomer Catarina Macario, the enormously hyped Brazilian-American forward who scored 63 goals in her three seasons at Stanford University.

FIFA approved the 21-year-old forward, who moved to the U.S. when she was 12, to play for the Stars and Stripes last week, joining the high-calibre cadre of players vying for a spot on the Olympic roster.

play1:34Why Lloyd and Rapinoe are on the USWMNT bubble

Julie Foudy questions if Carli Lloyd and Megan Rapinoe can be game-changers again for the USWNT.

Among them is also 31-year-old forward Alex Morgan, who scored six goals at the 2019 World Cup and has returned to training after briefly being sidelined with COVID-19.

"Being the best in the world is not just staying ahead but being a trendsetter," said Andonovski.

Defender Ali Krieger called his approach to the game "a breath of fresh air."

"[I] have this feeling of trust from him and that he's empowering every single player and has trust in every player that he puts out on the field," said Krieger, 36, who was first called up to the national team in 2008.

"He doesn't care about age...I appreciate that as well," she told reporters. "Until the 20 year olds are running past me -- then we'll have another conversation."

The team next plays Colombia in another friendly on Friday ahead of next month's SheBelieves Cup. (Watch live on ESPN2 at 7 p.m. ET in U.S.)