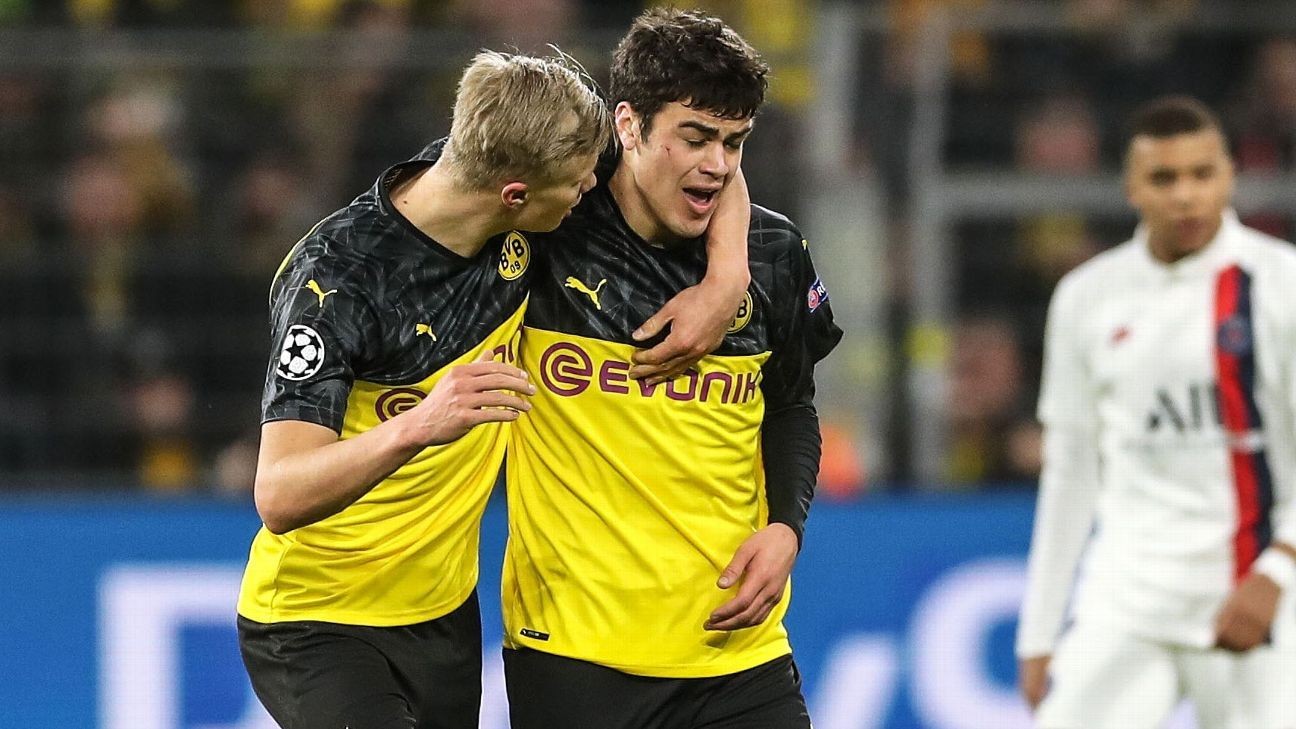 Haaland stated back in June that Gio Reyna is the "American Dream" after the duo linked up to score for Borussia Dortmund in a 2-0 win at RB Leipzig, a moniker that Claudio has found amusing.

"It's funny. Erling and him are just probably joking around it and make fun of each other with it," Reyna told ESPN on Monday. "I don't know, I don't think it's going to stick. He's probably enjoying it right now, it's come from his buddy and the youthful relationship that they have, but he's enjoying it and happy."

Reyna, who was often referred to as "Captain America" during his playing days abroad, is excited that there are a number of young U.S. players, such as his son and Christian Pulisic, making waves at big clubs in Europe and believes it brings added motivation back in the United States, where he is helping to establish Austin FC's academy.

Reyna is hoping to help create the environment to develop such talents in his role at Austin FC, with the academy holding an important status within the franchise.

"With our training facilities, the staff we're bringing in, the stadium, we bring to the central Texas community a lift for any player to get inspired and they can see the path to a professional team," said Reyna. "Through my experience at NYCFC, there's a lot of hunger and passion, but when you add on top of it a clear pathway and a stadium that a young player, 13 or 14, can play in in their backyard, or an hour away, it is special."

"That's something we're going to build and it's going to happen and it'll motivate and inspire players and before we know it we'll have our own homegrown players in our first team and making an impact and our fans are going to love them, it's part of our journey as a club."

Reyna and Austin FC announced the club's first signing on Monday, with 20-year-old Paraguayan winger Rodney Redes due to move to Texas next January ahead of the franchise's inaugural MLS season in 2021.

The sporting director believes the coronavirus crisis has naturally slowed down the scouting and recruiting process, but isn't overly concerned about Austin's roster build ahead of the 2021 season and says the club did its due diligence on Redes via a series of Zoom calls to get to know him better.

Reyna also admitted that Austin isn't having trouble attracting players, many of whom he says don't often need to be persuaded to come to Major League Soccer.

"Hopefully our league is seen as stable and it has been in terms of players being paid and our league is going to continue to grow from strength to strength," Reyna stated. "They see it as a career decision coming to MLS.

"Having to convince players to come to MLS is happening less and less and there's interest from players wanting to come to MLS from different age groups, whether in their development, formative years to peak years as well; even well-known players like David Villa and Carlos Vela have chosen MLS when they could've chosen to go to a top team in Europe, so it speak volumes about where the league is at."