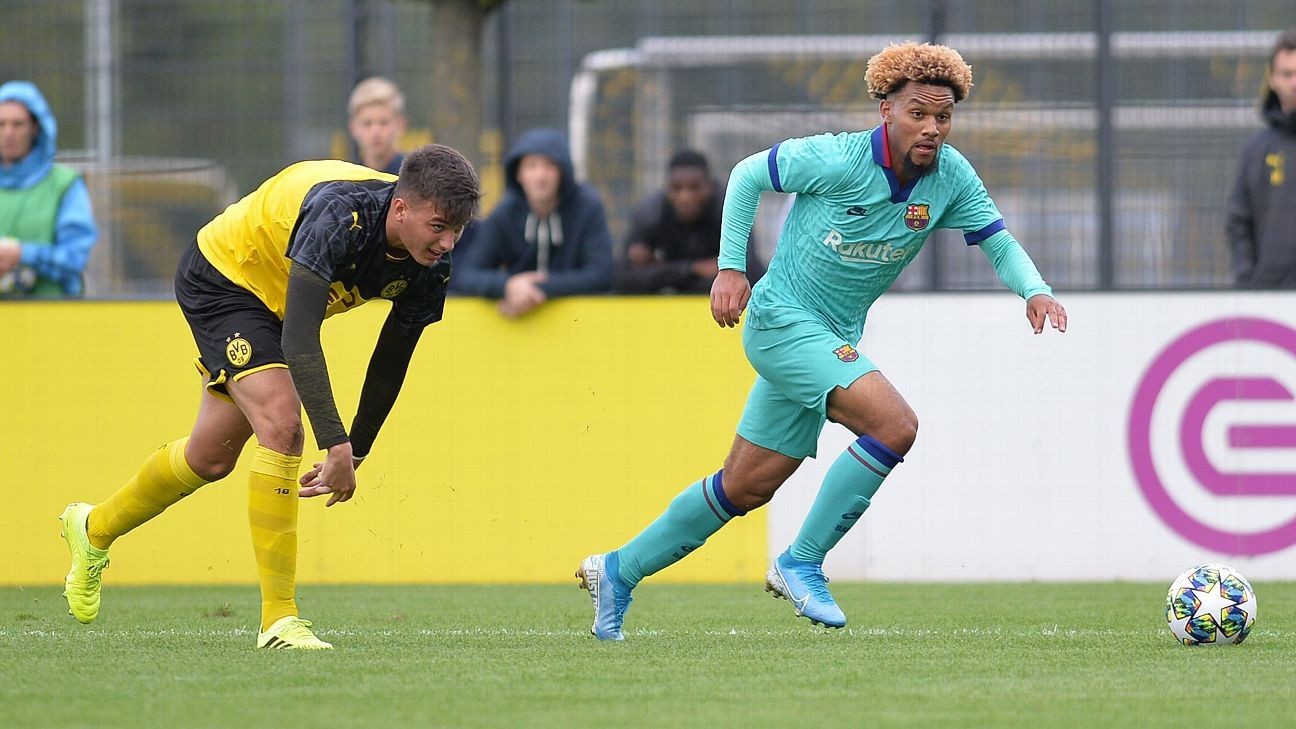 Barca have been forced to turn to youth for the crunch European tie with six first team players ruled out of the clash.

Sergio Busquets and Arturo Vidal are both suspended, while Ousmane Dembele and Samuel Umtiti are injured. Martin Braithwaite is ineligible because he signed after the Jan. 31 registration deadline and Arthur has told Barca he doesn't want to play for the club again ahead of his move to Juventus.

• Notebook: Mbappe over Ronaldo for PSG
• Pulisic, Rashford up for Prem award
• Liverpool trio up for Prem Player of the Year
• Sources: Auba to pen mega Arsenal deal
• US teen Konrad in Barca squad for UCL
• Bolt: I didn't get fair chance as footballer
• Barca target Garcia rejects City contract

De la Fuente, 19, is one of nine B team players called up for the match at Camp Nou, which includes the first team regulars Ansu Fati and Riqui Puig.

The Miami-born forward, who signed a new contract in June, has been training with the first team for the last two weeks after impressing during the third division playoffs with the reserves last month.

He scored twice en route to the final, where Barca B were beaten 2-1 by Sabadell as they missed out on promotion to the second tier of Spanish football.

However, De la Fuente's consolation prize was a first-team call-up and he will be on the bench against Napoli as the side's fifth forward, behind Lionel Messi, Antoine Griezmann, Luis Suarez and Ansu.

Barca and Napoli drew 1-1 in Italy in February and the winners will advance to the last eight of the Champions League in Lisbon, where they will face either Bayern Munich or Chelsea.

There has been speculation that a defeat, after missing out on the La Liga title to Real Madrid and being knocked out of the Copa del Rey to Athletic Bilbao, could cost coach Quique Setien his job.

"How did I know you would ask this?" Setien said when asked about his future in a news conference. "The truth is it has not passed through my head at any moment that this could be my last game. We've been preparing for the game with the idea that we're going to continue."

If Barca progress against Napoli, Setien will welcome back Busquets and Vidal for the quarterfinals following their bans, while Dembele will also be fit again.

Arthur will not feature, though. He feels unfairly treated since his €82 million transfer to Juve was confirmed in June.

Setien said he spoke to Arthur upon the completion of La Liga on July 19 but not since.

"I've learned about everything else through the club," he added. "It's a situation that goes beyond my position. I would have liked things to be different but I can't say anything else."