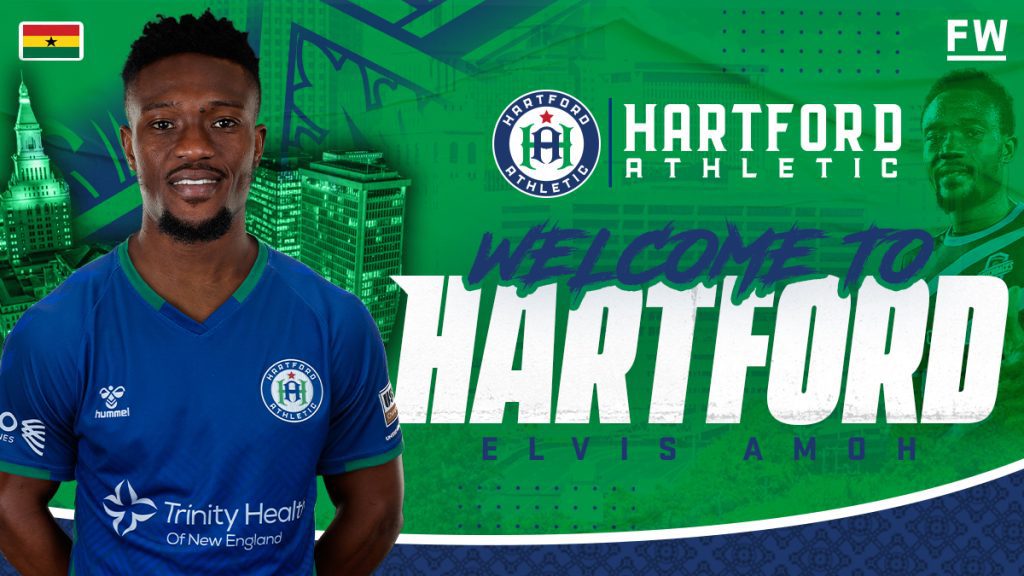 He is expected to complete formalities pending league and federation approval.

“First of all, I want to thank God for the opportunity,” said Amoh. “I’m excited to start this new journey with Hartford and I’m honored to have the opportunity to learn from Coach Ramos. He has such a deep knowledge of the game and has  played on some of the biggest stages. I look forward to learning from him and growing as a player. Hartford is my new home and I can’t wait to make some great memories here.”

Amoh, 30, comes to Hartford after an outstanding season with Colorado Springs in 2022. The Ghanaian forward was a dangerous weapon in Colorado Springs’ dynamic attacking arsenal, which scored the fifth most goals in the USL Championship (64). Across 36 appearances and 30 starts, Amoh contributed 13 goals and three assists while helping Colorado Springs reach the Western Conference Final.

“Elvis is a forward with the size, pace, and technical ability to add another dimension to our attack,” said Head Coach Tab Ramos. “Always a threat to score in the air or by stretching the defense but can also come into midfield to receive and combine. He is a proven scorer in this league and will be in position to continue to improve at our club.”

A proven goal scorer in the USL Championship, Amoh has found the back of the net 34 times over four seasons. He entered the league with Loudoun United in 2019, where he scored eight goals in two seasons before having a breakout year with Rio Grande Valley FC Toros in 2021. Amoh led RGV with 13 goals over 22 appearances, breaking their regular season franchise scoring record, and earned Player of the Week honors after recording a hat trick against Miami FC.

“Elvis is an exciting player who we are thrilled to bring to Hartford,” said Technical Director Ray Reid. “He is one of the best athletes in the USL who can score in a number of ways, and has valuable playoff experience with Colorado last year. We are very happy to bring Elvis to Hartford.”

Amoh began his professional career with Asante Kotoko SC of the Ghanaian Premier League in 2015, and rejoined the club in 2017 after a year with the West African Football Academy. Later in 2017, he joined Capital City FC of the Canadian Soccer League, and played for SK Lisen of the Czech National Football League in 2019 before signing with Loudoun United.