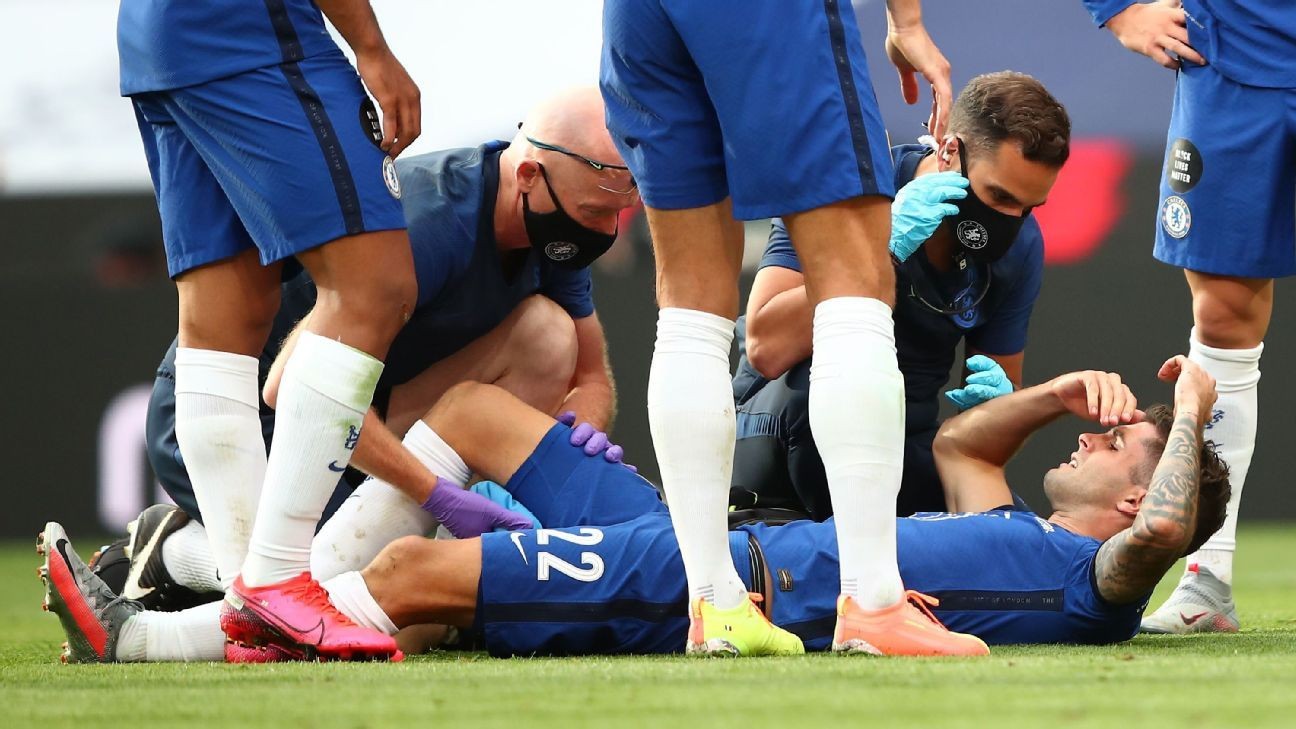 Christian Pulisic became the first United States men's national team international to score in an FA Cup final with his goal for Chelsea against Arsenal before he left the pitch just after half-time with a suspected hamstring injury.

The ex-Borussia Dortmund attacker put Chelsea in the lead after five minutes with a neat finish following some good link-up play with teammate Olivier Giroud.

Arsenal pulled level on 29 minutes with Pierre-Emerick Aubameyang scoring a penalty, having been fouled by Chelsea's Cesar Azpilicueta and put Arsenal ahead on 67 minutes.

Pulisic, who has been in excellent form since the restart looked dangerous for Chelsea, but was forced off on 49 minutes and replaced by Pedro as he fell, holding the back of his leg and looked in some distress after taking a shot.

Chelsea were reduced to 10 men on 73 minutes when Mateo Kovacic was shown a second yellow card.

The 21-year-old is only the third U.S. men's international to feature in an FA Cup after John Harkes in Sheffield Wednesday's defeat to Arsenal in 1993 and Tim Howard who started Manchester United's victory over Millwall in 2004.

In 1993, Wednesday drew the final with Arsenal before it went to a replay -- as was custom at the time -- which they lost 2-1. Harkes played for the entirety of both matches. Ex-goalkeeper Howard is the only U.S. men's international to have won the trophy.

USWNT forward Carli Llody was the first American to score in an FA Cup final with her goal in Manchester City's 4-1 win over Birmingham Women.