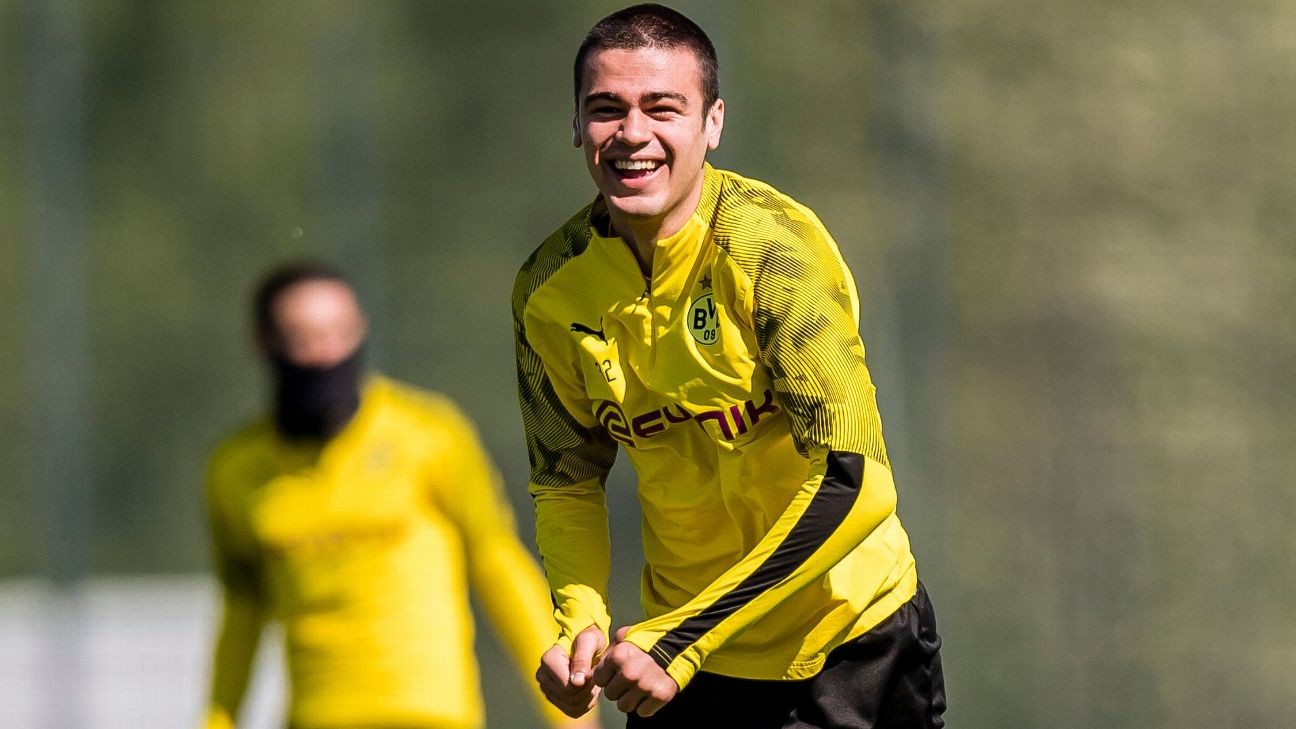 Jan Aage Fjortoft looks ahead to a "huge few days" in the Bundesliga starting with Wolfsburg vs. Dortmund.

United States hopeful Giovanni Reyna is back in the Borussia Dortmund squad ahead of their trip to in-form Wolfsburg on Saturday, BVB coach Lucien Favre has said.

Reyna was set for his first start for Dortmund in last Saturday's clash against FC Schalke, but picked up an injury in the warm-up. He therefore could not add to his eight Bundesliga appearances as a substitute, all of them coming in 2020.

Asked whether Reyna could make his full debut at Wolfsburg, Favre remained cautious.

"We will see. He only trained yesterday and that was a light unit," he said.

With Thorgan Hazard, Reyna's last-minute replacement last Saturday, shining in the 4-0 derby win, Favre has options in his squad. He will need the depth going into a three-match week with trips to Wolfsburg and Paderborn and the Klassiker against Bayern Munich sandwiched between them.

Belgium international Axel Witsel, however, will not make the trip up to the Mittellandkanal. He remains sidelined with a muscle injury, along with captain Marco Reus. Despite contrary reports earlier this week, the Germany international could still return this season, Favre said.

With injuries mounting after the restart of the Bundesliga amid the coronavirus pandemic, Favre said he had expected it after weeks of training in small groups.

"It's a danger," he said. "You don't train like you'd normally do and then four, five days ahead of a competitive match you must train differently. One-on-one challenges, direct duels, aerial duels, back and forth. It's not a big surprise for me."

Dortmund sporting director Michael Zorc added: "We will need every single player until the end of the season."

Opponents Wolfsburg are sixth in the table ahead of a group of five teams separated by six points, all of them chasing a Europa League spot. They are unbeaten in seven and have picked up 15 of a possible 21 points during that spell.

Zorc added: "It will be way more difficult that against Schalke. And we should not talk about Bayern before we played at Wolfsburg."

Dortmund are on 54 points gave won eight of their nine league matches in 2020. They are second in the table, four points behind leaders Bayern and just four ahead of Bayer Leverkusen in fifth -- the first place outside the Champions League spots.