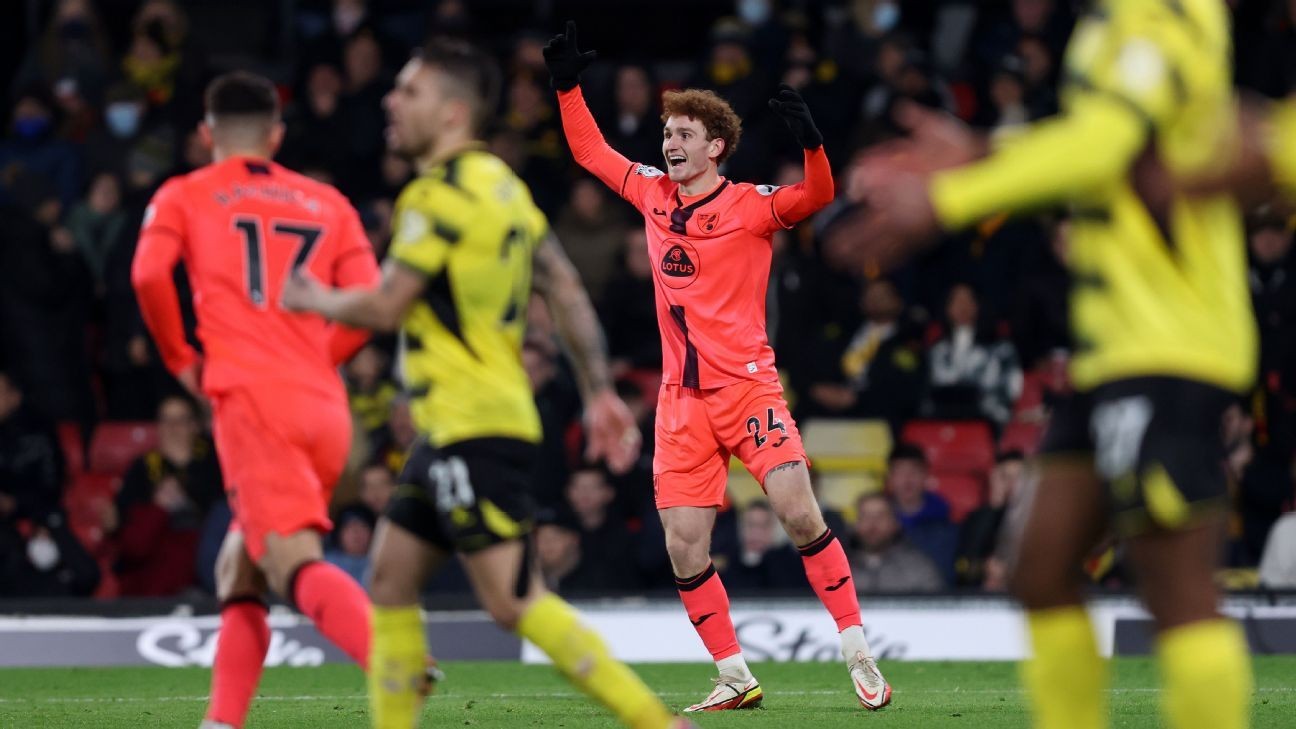 Joshua Sargent's first goals in Premier League play helped Norwich City earn a crucial 3-0 victory at Watford on Friday, a win that moved Dean Smith's side out of the relegation zone for the first time this season.

Following a poor first half for both sides, Sargent's stunning flicked finish six minutes after the break gave the visitors the lead as he opened his Premier League account in style.

The score came minutes after the release of the United States roster announcement for upcoming World Cup qualifying matches, of which Sargent was not included.

Following a bizarre break in play as several floodlights went out, Sargent's night to remember continued as he drilled in from distance to double his side's advantage in the 74th minute.

The hosts' miserable evening was complete when Juraj Kucka's stoppage-time own goal handed the visitors a 3-0 win.

"To get my first goal, and then the second one after that was pretty crazy, especially in such a big game," Sargent told Sky Sports.

"It was just a reaction to put my foot up like that [for first goal]. I knew right away it was in when I hit it. I can't remember ever scoring a goal like that. Getting these first goals will boost my confidence a lot."

While Norwich continued their improvement under Smith, Claudio Ranieri's Watford remain in freefall.

They are without a win in nine games in all competitions -- earning just one draw and suffering eight losses in that run. It is their longest spell without a victory since December 2013.

Ranieri's men have now also gone 30 Premier League games without a clean sheet, with only West Bromwich Albion enduring a longer such run in the history of the competition.