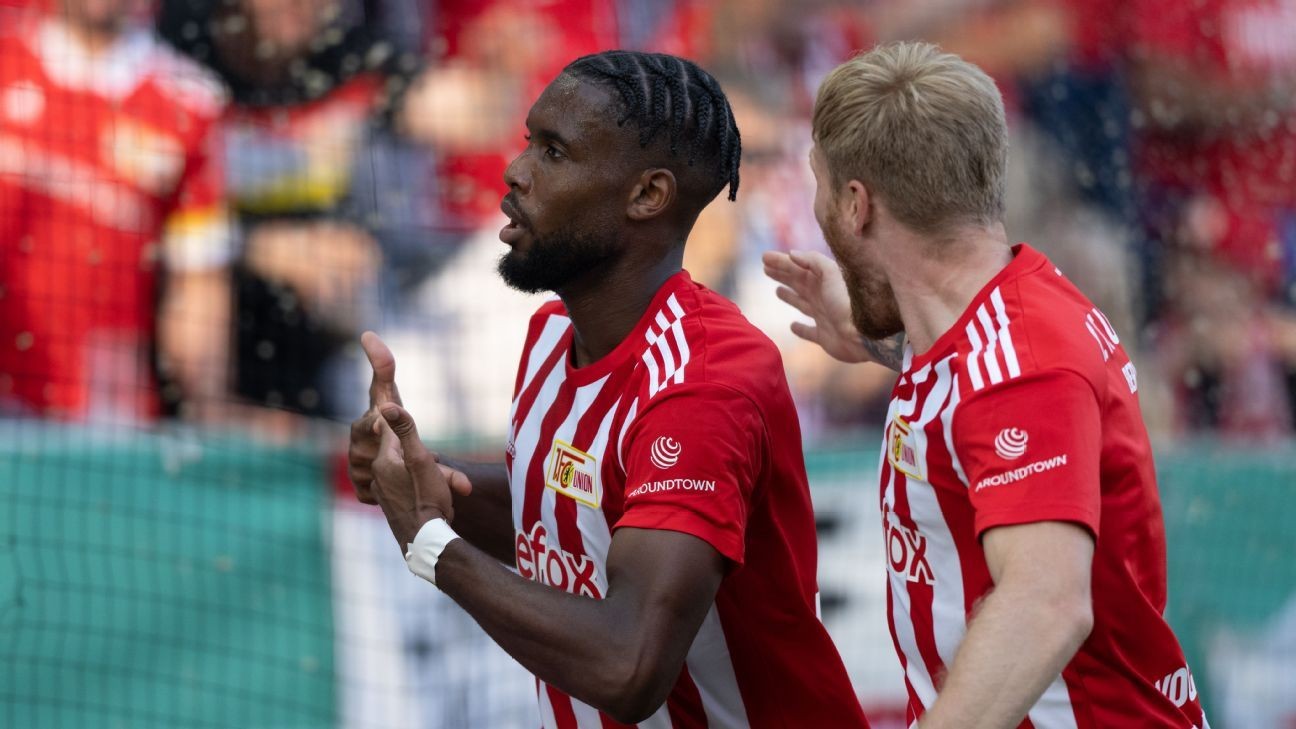 Pefok, who also scored on his debut in the German Cup on Monday, opened the scoring in the 31st to set Union on their way to a third consecutive league win over its rival -- a fourth including their cup meeting last season -- to keep the unofficial title of "Stadtmeister" (city champion).

"Stadtmeister has a nice ring to it, but it's only the first game," Union captain Christopher Trimmel said. "[League] survival remains our aim."

Pefok joined from Swiss team Young Boys in the offseason and has already become a fan favourite. He received a standing ovation along with teammate Genki Haraguchi when they were taken off late in the game.

Tempers frayed outside before kickoff as road closures led to traffic chaos around Union's Stadion an der Alten Försterei. Most fans were already inside the ground long before kickoff, but the tailbacks persevered, upsetting motorists who had nothing to do with the match.

Union made a great start and forced two good chances early on before the visitors had time to recover. But the home team had to wait for Becker to cross for Pefok to get the opener.

Becker scored in the 50th after combining well with Janik Haberer and the home fans were celebrating again -- belatedly -- after a VAR check showed no offside when Knoche headed in Christopher Trimmel's corner in the 54th.