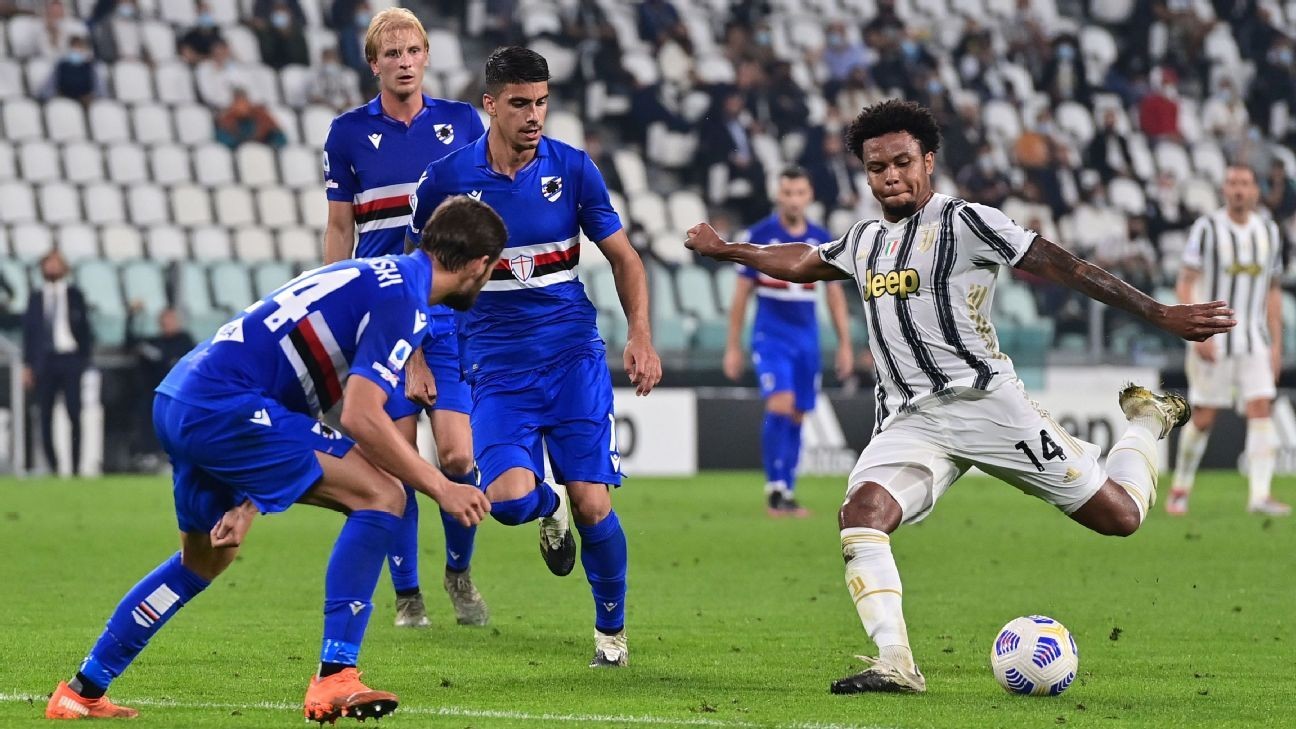 United States international Weston McKennie made the starting lineup in Juventus' Serie A opener against Sampdoria on Sunday.

McKennie, 22, secured a move from German side Schalke 04 to the defending Italian champions last month on a one-year loan deal with an option to permanently join at the end of the 2020-21 season.

But it took no time for the Texas native to integrate himself into manager Andrea Pirlo's XI.

McKennie is just the fifth U.S. international to play in Serie A, the most recent being Michael Bradley at Hellas Verona.

Juventus are aiming for their 10th consecutive Italian title this term, as well as trying to win their first UEFA Champions League title since 1996.