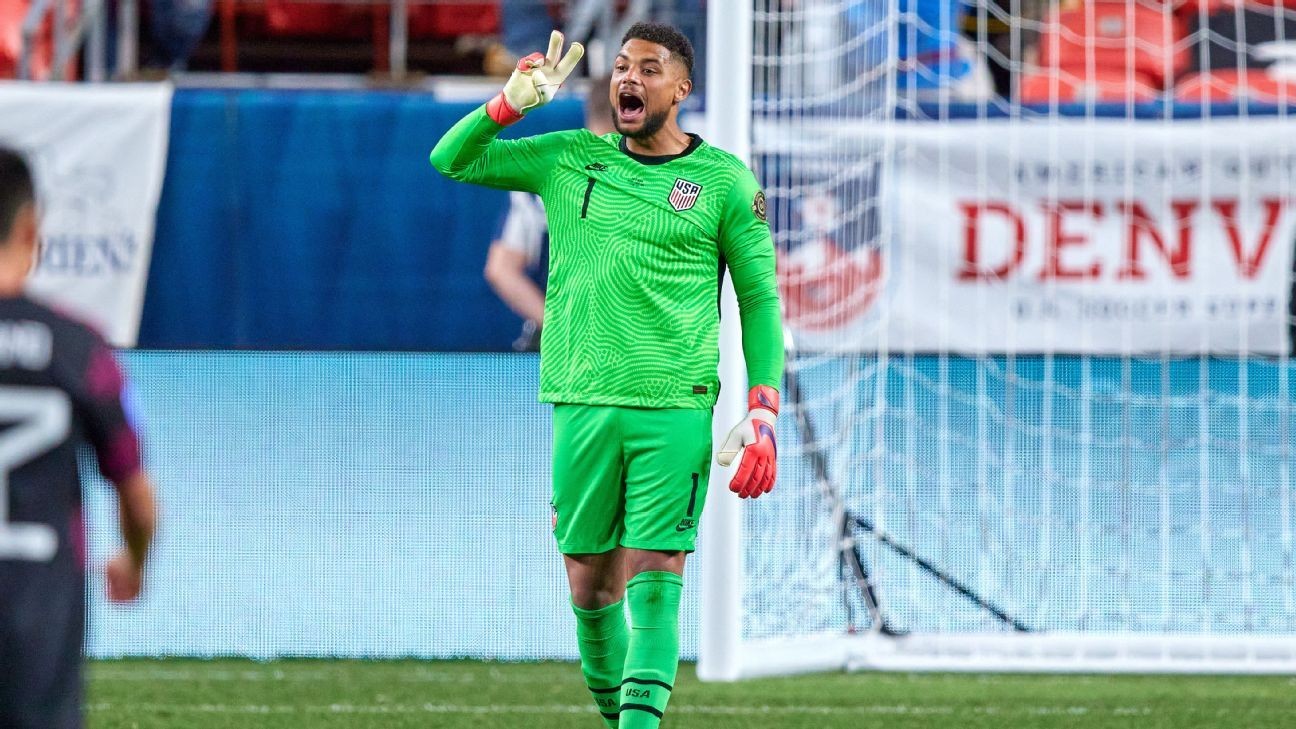 United States men's international goalkeeper Zack Steffen has not yet joined the squad because of a recurrence of back tightness, leaving Matt Turner as the likely starter in goal for the USMNT in its World Cup qualifier against El Salvador on Thursday night in Columbus, Ohio.

The United States hosts El Salvador on Thursday (7 p.m. ET, watch LIVE on ESPN2) and plays at Canada in Hamilton, Ontario, on Jan. 30 before finishing the window against Honduras in St. Paul, Minnesota, on Feb. 2.

The U.S. Soccer Federation said Steffen is day to day.

Steffen missed the Americans' opening qualifier at El Salvador on Sept. 2 because of back spasms, then tested positive for COVID-19 and also skipped the September matches against Canada and Honduras.

The 26-year-old Steffen is the backup to Ederson at Manchester City and has appeared in only one Premier League match this season. He did not dress for Saturday's 1-1 draw at Southampton.

Turner started the first five qualifiers and Steffen the past three.

Through eight of 14 matches, the United States sits second in the CONCACAF World Cup qualifying standings with 15 points -- a point behind first-place Canada and a point ahead of Mexico and Panama. The top three teams automatically qualify for the 2022 Qatar World Cup, while the fourth-place finisher will play a single-match qualifier in June.

Information from The Associated Press was used in this report.