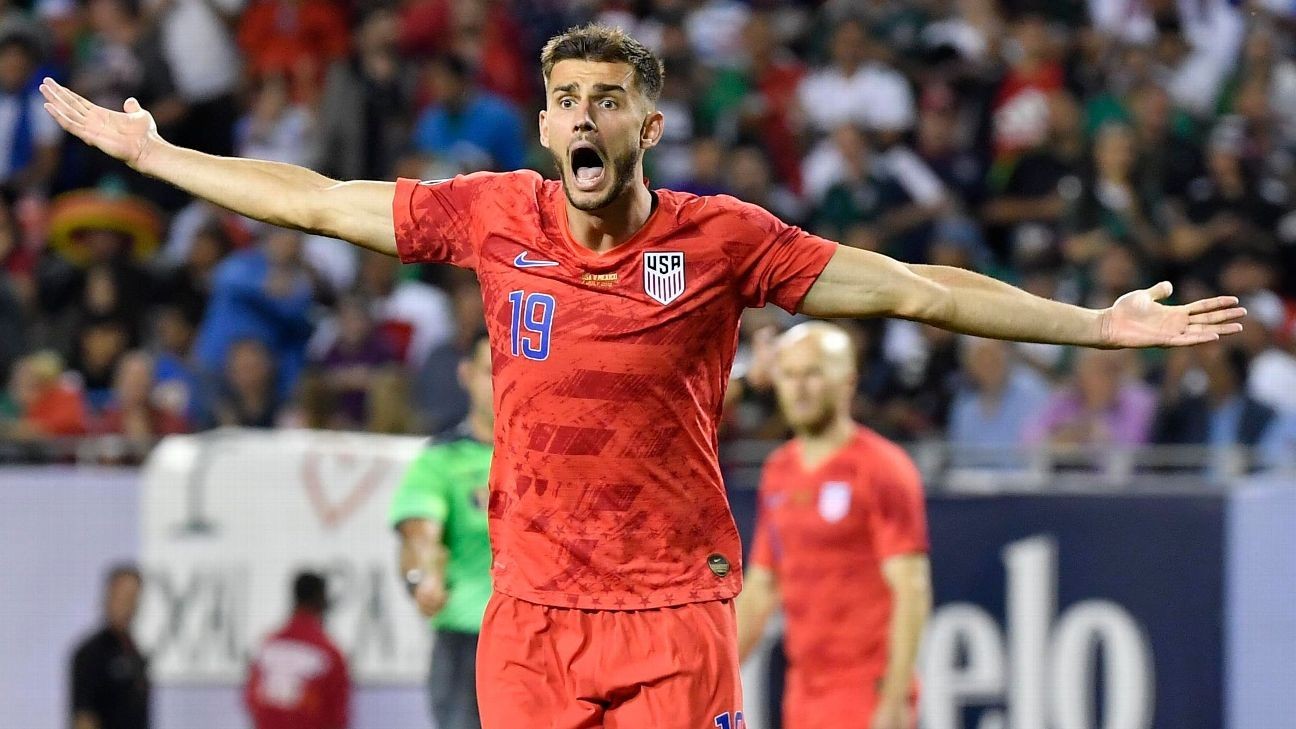 Matt Miazga has made 18 appearances for the United States. Quinn Harris-USA TODAY Sports

United States defender Matt Miazga will be suspended for Reading's next three matches after getting into a fight with Derby's Tom Lawrence following a 2-1 loss on Saturday.

Both players received red cards following the fight in the second tier League Championship on Saturday. Miazga threw a punch, received a head-butt and slapped Lawrence on the face.

It was not the first inappropriate on-field incident Miazga has had in his career. In 2018, while playing for Dutch club Vitesse Arnhem, he was fined for grabbing the groin area of an opponent during a match against Heerenveen.

Miazga, a 24-year-old from Clifton, New Jersey, has 18 appearances for the U.S. national team. He signed with Chelsea in January 2016 and was sent to Reading on loan in January 2019.