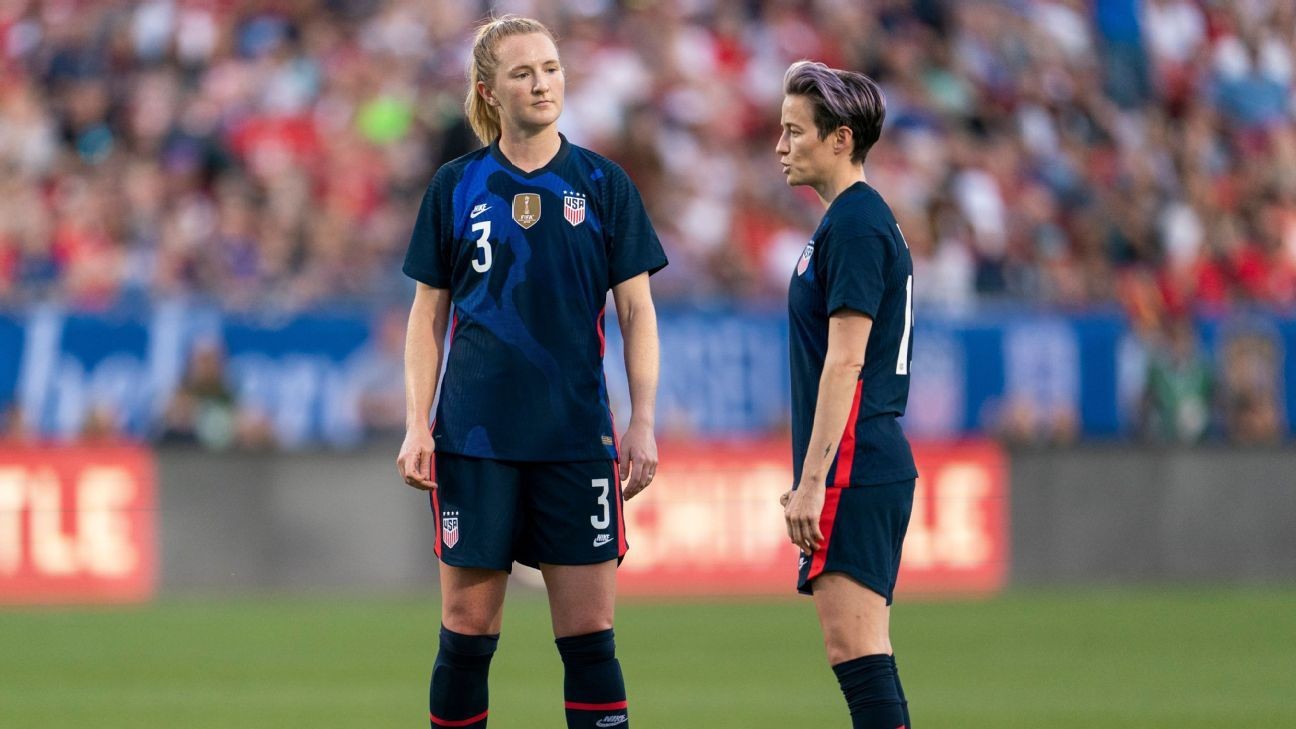 The length of the deal is undisclosed but sources have told ESPN that Mewis will be at the club for the "foreseeable future."

Mewis has won the National Women's Soccer League three times with the Western New York Flash in 2016 and the Courage in 2018 and 2019.

She competed in the 2020 NWSL Challenge Cup, but her side lost in the quarterfinals to the Portland Thorns, who ultimately advanced to the finals.

The 27-year-old played six of the USWNT's seven games in its run to becoming World Cup champions in 2019 and scored two goals in the side's 13-0 victory over Thailand.

Mewis has made 67 international appearances, registering 18 goals and six assists.

City finished second in the 2019-20 Women's Super League (WSL), which was cancelled in May due to the coronavirus pandemic.

Despite City leading the league in points when it was suspended in March, Chelsea had a game in hand and were declared eventual champions on a points-per-game basis.

The 2020-21 season marks the first in charge for manager Gareth Taylor after Nick Cushing, who led the side for six years, left for New York City FC in January.

City will start their campaign on Sept. 6 away to newly promoted Aston Villa.

Alongside a WSL title, City will be aiming for Champions League glory in their fifth consecutive season in the European tournament.

The club have reached the semifinals twice, losing to Lyon both times.