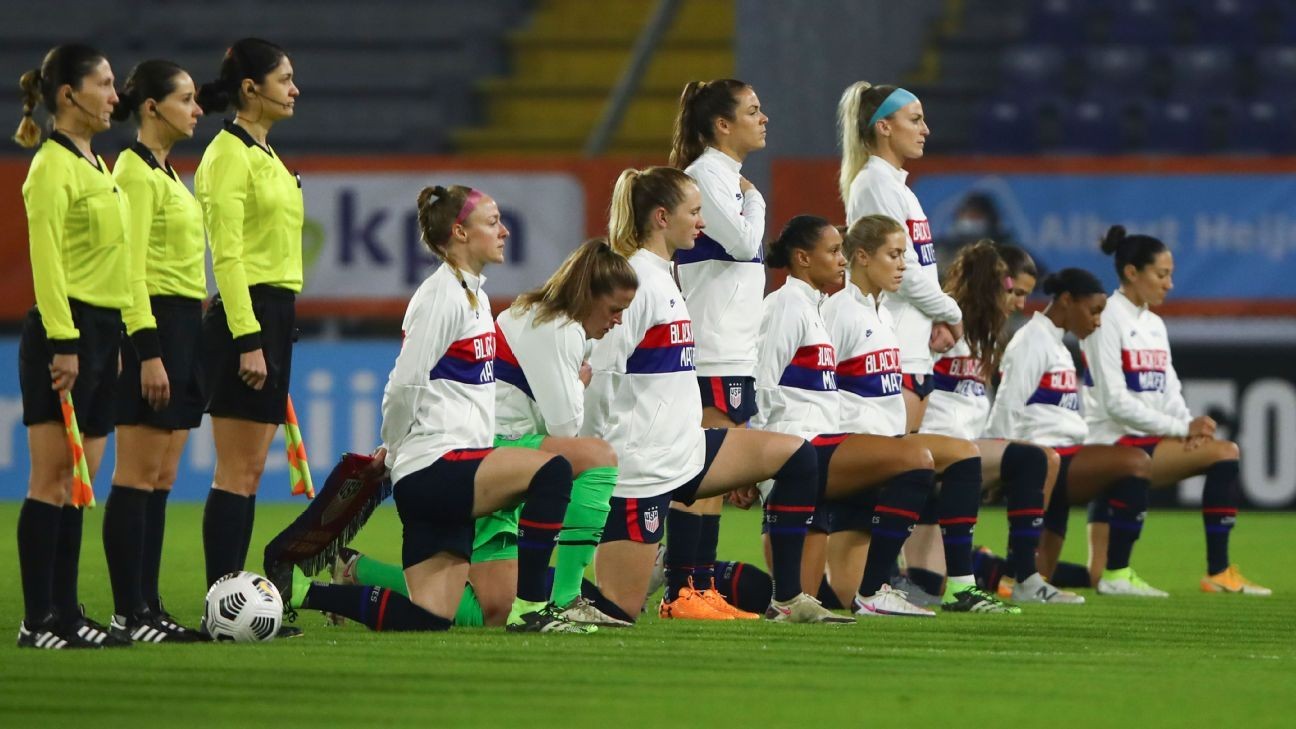 The United States women's national team showed their support for racial justice before the their 2-0 friendly defeat of the Netherlands on Friday.

The U.S. walked out for the match wearing warm-up jackets with the words "Black Lives Matter" emblazoned on the front, and nearly every member of the team took a knee during the playing of the national anthem.

"We love our country, and it is a true honor to represent America. It is also our duty to demand that the liberties and freedoms that our country was founded on extend to everyone," said a statement team members posted to their social media accounts before the game.

"Today, we wear Black Lives Matter to affirm human decency. We protest against racial injustice and police brutality against Black people. We protest against the racist infrastructures that do not provide equal opportunity for black and brown people to fulfill their dreams, including playing on this team.

We wear Black Lives Matter to affirm human decency. This is not political, it's a statement on human rights. pic.twitter.com/QHDAx4iv7k

"As the United States Women's National team players, we collectively work toward a society where the American ideals are upheld, and Black lives are no longer systematically targeted.

The United States Soccer Federation posted a similar statement along with a video on its website.

Due to a pause in international play caused by the coronavirus pandemic, the match on Friday was the first for the USWNT since the death of George Floyd -- a Black man who was killed while in police custody in Minneapolis on May 25 -- sparked worldwide protests and calls for social justice and an end to police brutality.

Earlier this month, the United States men's team wore messages calling for justice on their tracksuits prior to their 0-0 friendly draw with Wales in the team's first match back since Floyd's death.

The players and coaches marched out for the pregame anthems wearing jackets emblazoned with the words "Be the Change" on the front, and each displaying different personalized messages including "Unity," Black Lives Matter," "Be Anti-Racist" and "World Peace" on the back, before both teams took a knee before kickoff.