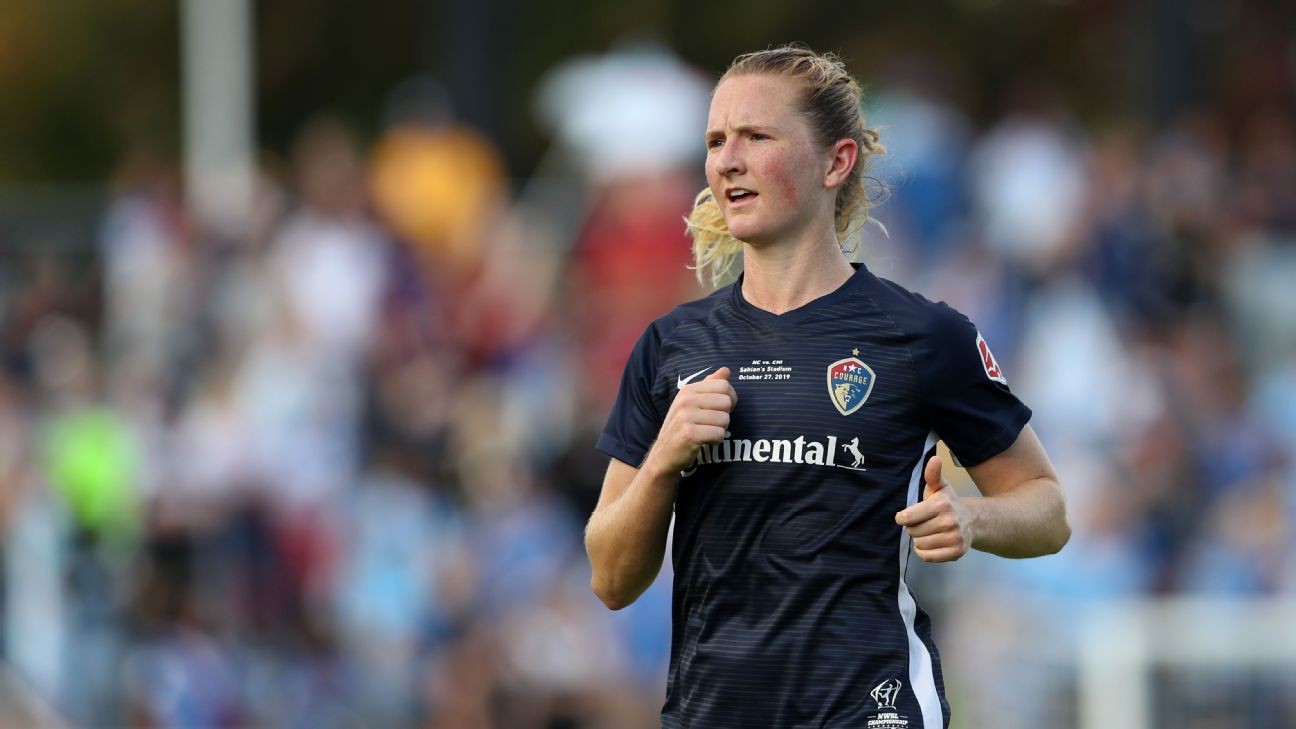 The National Women's Soccer League (NWSL) closed a trade deadline on Friday after a flurry of moves in preparation of an upcoming expansion draft for two new teams.

Angel City FC and the San Diego Wave will join the league next season and will have the chance later this month to select up to 18 players from existing clubs. But first, before Friday's trade deadline, several star players made moves as teams sought immunity from losing those players in the expansion draft.

Here is a look at all the notable NWSL transfers.

In one of the biggest moves ahead of the deadline, U.S. women's national team midfielder Samantha Mewis left the North Carolina Courage for the Kansas City Current. In exchange, defender Kiki Pickett will join the Courage, along with the Current's natural first-round pick in the upcoming college draft.

"Many would argue that she's the best player in the world," Current owner Angie Long said during a press conference to introduce Mewis on Friday. "We're so excited to have her as part of our team as Kansas City is going to win some championships."

Mewis spent seven seasons in North Carolina and will be looking to make an impact for Kansas City. Andy Mead/ISI Photos

Mewis, 29, joins the Current after seven seasons with the Courage, winning NWSL Championships in 2016, 2018 and 2019, with a season for Manchester City in 2020 where she helped the team to an FA Cup. Mewis was also named best player in the world in ESPN's top 50 players of 2020.

In a major boost for expansion team Angel City FC, USWNT midfielder/defender Julie Ertz and 2021 NWSL Defender of the Year nominee Sarah Gorden have signed as the new club's second and third players.

"Julie Ertz and Sarah Gorden are two players that are so important for the defensive foundation we are building on the Angel City roster," club sporting director Eni Aluko said in a statement. "We know successful football teams need to have competitive defenses and we are delighted with the addition of two competitive defenders with many years of NWSL experience."

Ertz, 29, has spent her entire NWSL career at the Chicago Red Stars, tallying six goals and eight assists in 95 appearances.

Ertz was one of several Red Stars players on the move this offseason. Maddie Meyer/Getty ImagesMajor turnover in Chicago after Red Stars coach abuse allegations

In addition to trading away Ertz and Gorden, the Red Stars traded three more players to "prioritize and honor the wishes of select players."

Katie Johnson and Makenzy Doniak joined the San Diego Wave to "return home to Southern California, per their wishes," the Red Stars said in a statement. The Wave also acquired the rights to forward Kelsey Turnbow, a second-round pick in the 2021 college draft. In exchange, the Wave will not select a Red Stars player in the expansion draft and gave the Red Stars an undisclosed amount of allocation money.

The Red Stars reached the NWSL final last month, falling in extra time to the Washington Spirit. But less than 48 hours later, Red Stars head coach Rory Dames stepped down amid allegations of abusive behavior toward players. The Washington Post, in breaking the news of the allegations, published details of formal complaints that had been filed by players to the U.S. Soccer Federation years ago.

Dames became the fifth male head coach in the NWSL to leave his post this year amid player complaints of inappropriate behavior.

The Orlando Pride traded the rights to forward Jodie Taylor to the San Diego Wave on Wednesday. In exchange, the Pride acquired San Diego's natural second-round pick in the 2022 college draft, plus either a third-round pick or allocation money, depending on undisclosed conditions being met.

Taylor, 35, joined the Pride midway through the 2021 season and netted three goals and two assists in 13 appearances.

The Washington Spirit traded defender Tegan McGrady, a 2022 international spot and the Spirit's natural first-round pick in the 2022 college to the San Diego Wave in exchange for the Wave agreeing not to pick a Spirit player during the expansion draft.

McGrady was the seventh overall pick of the 2019 college draft and she renewed her contract with the Spirit last year, signing a two-year contract in October 2020.

Krieger, left, and Harris could still be swapping Orlando for New York though their trade was yet to be disclosed as of Friday afternoon's deadline. Andrew BershawAshlyn Harris and Ali Krieger: headed to the New York City market?

While the NWSL trade deadline passed at 1 p.m. ET on Friday, the deadline for teams to reveal all their trades was 5 p.m. ET Friday. According to the NWSL's roster rules, those trades only need to be disclosed to other teams within the league -- there is no requirement to announce them publicly. That means there may have been trades leading up to Friday's deadline that teams are choosing not to publicize yet, and one of them could involve two Orlando Pride stars, goalkeeper Ashlyn Harris and defender Ali Krieger.

A report in The Athletic linked 36-year-old Harris and 37-year-old Krieger with a move to NJ/NY Gotham FC, but nothing was announced Friday and there are no reports on what Gotham would give up to acquire the players. It would be a blockbuster move for Harris, who is originally from the Orlando area, and her wife, Krieger, to move to Gotham after serving as two faces of the club for years. Harris was the first player to join the Pride in 2015 when it joined the NWSL as an expansion team, and Krieger followed in 2016.

The San Diego Wave added more players to their roster on Friday, but they signed their first player last month: Abby Dahlkemper. The Wave acquired the center-back's rights from the Houston Dash via a three-way trade that included North Carolina Courage.

USWNT forward Press, who played for Manchester United in England prior to the Tokyo Olympics, will be a cornerstone of new NWSL team Angel City in 2022. Matthew Ashton

Press was technically without a club at the time. She had been playing for Manchester United and left the club in June before the Tokyo Olympics. Yet Racing Louisville held her NWSL rights though, having picked them up during last year's expansion draft. The NWSL later fined Angel City for announcing the Press signing in August "prior to the full execution of the player's agreement" and "ignoring a league directive regarding the announcement."

Friday's trade deadline sets the stage for the NWSL's next phase of player moves coming this month: the expansion draft and the college draft. Ahead of the expansion draft, all current teams can protect up to nine players on their roster and they must submit their list of protected players by noon ET on Dec. 10. Then on Dec. 16, expansion teams Angel City FC and the San Diego Wave will take turns selecting unprotected players for a maximum of nine selections each.

The Kansas City Current, which debuted in the NWSL this year, are exempt from having players taken in the expansion draft. The Chicago Red Stars also earned immunity from the expansion draft in their trades prior to Friday's deadline. The expansion draft will force teams to announce any trades they opted not divulge on Friday because each teams protected player list will be released publicly.

Then, the NWSL trade window is scheduled to open back up on Dec. 17 before the college draft on Dec. 18.