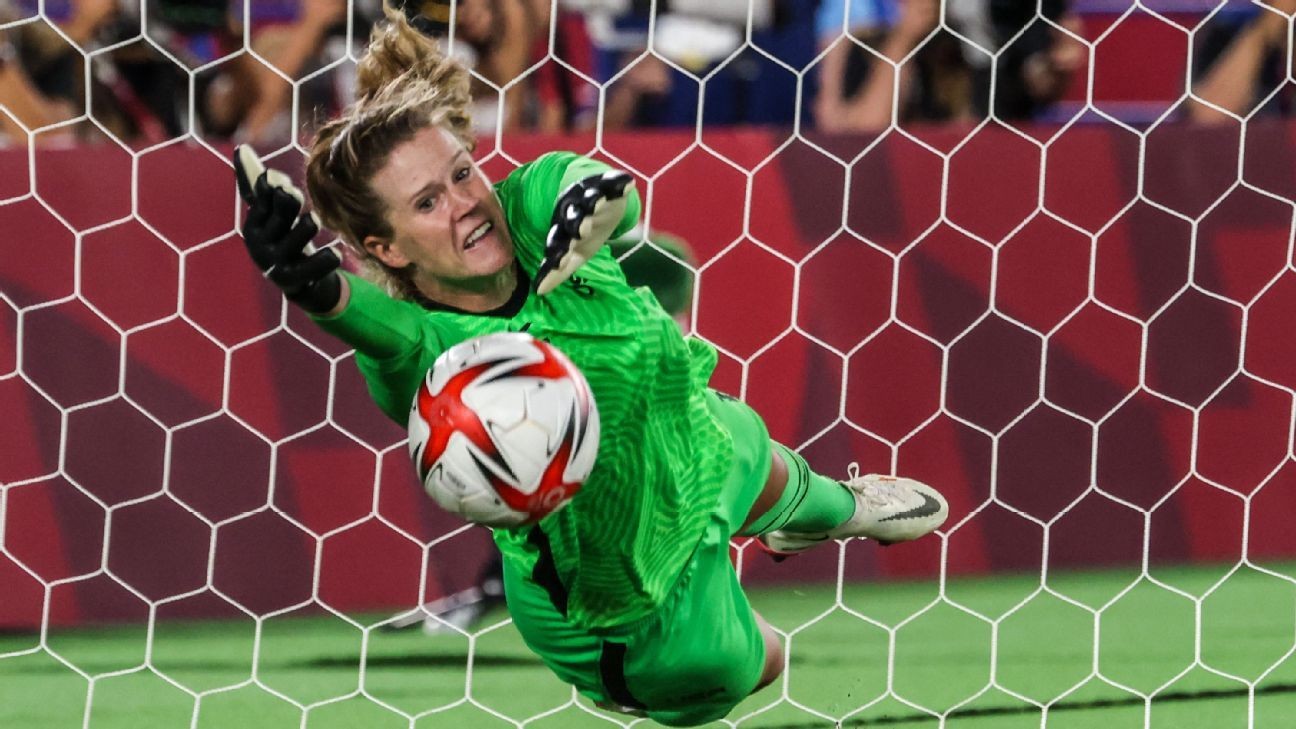 United States women's national team midfielder Rose Lavelle has said there is "no one else" she'd have in goal other than Alyssa Naeher, who stopped three penalties and made several other crucial saves in their Tokyo 2020 quarterfinal win over Netherlands on Friday.

Naeher saved a penalty from Lieke Martens in normal time before saving two spot-kicks after the game ended 2-2 following extra-time.

"There's no one else I'd rather have in the net than her," Lavelle said. "She's saved us so many times."

Netherlands were awarded a penalty on 80 minutes when Lineth Beerensteyn was brought down by Kelley O'Hara in the box. Martens stepped up to take the spot-kick but was denied by Naeher.

The Chicago Red Stars keeper then saved two penalties from Vivianne Miedema and Aniek Nouwen to see the USWNT go through, 42, to the semifinal, where they will face Canada.

"This team just kept pushing for 90 minutes, 120 minutes, and we just kept believing that we were going to find a way to get it done," Naeher said. "Very proud of the four players to step up and score their four penalties to go four-for-four. That is huge."

"I just try to be calm," Rapinoe said after the game. "I say to myself, the worst that's going to happen is that we lose the whole thing."

Both Morgan and Press had found the net within four minutes of each other in extra-time which would have given the USWNT the lead but both were adjudicated to be offside.

"I'm incredibly proud of them, proud of the way they handled, not just this game, but the way they've handled this tournament," coach Vlatko Andonovski told a news conference after the match.

"Coming in and losing the first game, and actually, not just losing but getting our butt's kicked, it's not easy for this team that is not used to losing. They're not even used to having a bad game, and to lose like that was not easy.

"Then to come in here and impose yourself from the first second, and literally I mean, I felt like we took the game over at the beginning of the game and showed who we are."