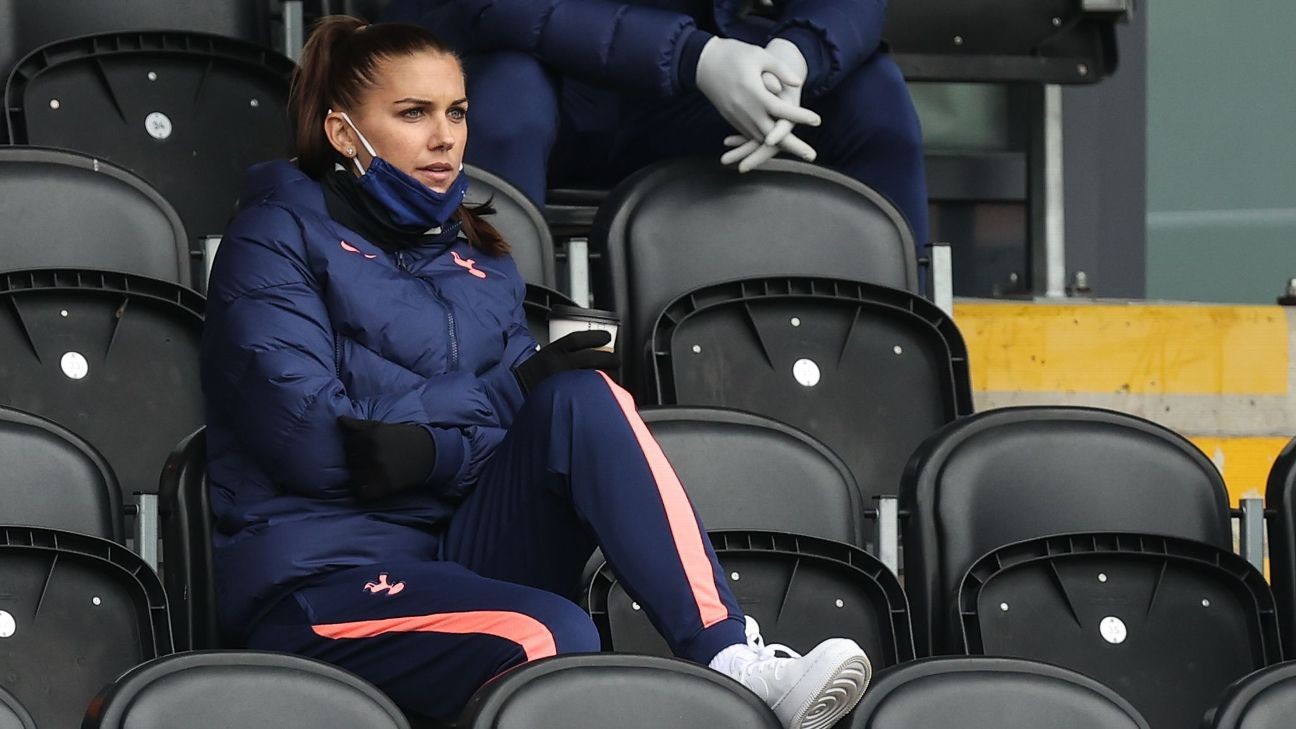 USWNT forward Alex Morgan has said that her Tottenham debut has been delayed due to a "setback" that will keep her out of action for "another few weeks."

Morgan, 31, was expected to feature for her new club in the north London derby against Arsenal on Sunday.

"A small setback keeping me from doing what I love," Morgan wrote on social media on Sunday.

Tottenham ready for revenge against Arsenal in north London derby

"Can't wait to get on the field with this team in the next few weeks. Literally can't wait."

The two-time World Cup winner joined Spurs from Orlando Pride on the final day of the summer transfer window on a year-long loan.

She has not made a competitive appearance since giving birth to her daughter Charlie in May.