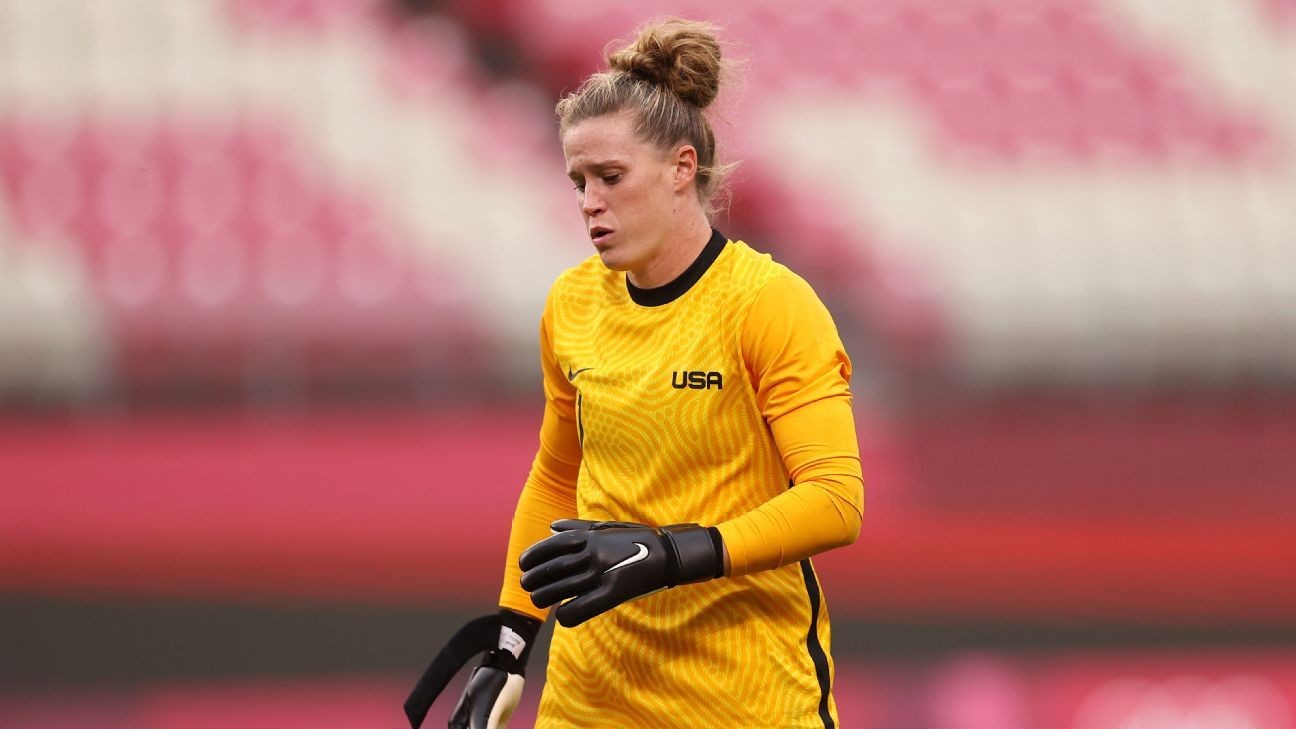 Alyssa Haeher had to be replaced in the first half after picking up a knee injury. Photo by Francois Nel/Getty Images

United States women's national team goalkeeper Alyssa Naeher was forced off with an injury in the first half of their Olympics semifinal against Canada.

Naeher looked to have suffered a knee injury in the 20th minute, landing awkwardly after challenging Canada's Nichelle Prince to claim a cross in the penalty box. Naeher tried to continue but was replaced in the 30th minute by Adrianna Franch.

Naeher was visibly upset as she walked to the bench, and was consoled by her USWNT teammates.

Her injury will come as a bitter blow to the USWNT as she is regarded as one of the world's best goalkeepers and has impressed at the Olympic Games.

Naeher was the USWNT's star player in their quarterfinal win over the Netherlands. She saved Lieke Martens' penalty in normal time and then saved two spot kicks in the shootout to help the USWNT through to the Olympic Games semifinals.

"There's no one else I'd rather have in the net than her," Rose Lavelle said after their quarterfinals. "She's saved us so many times."