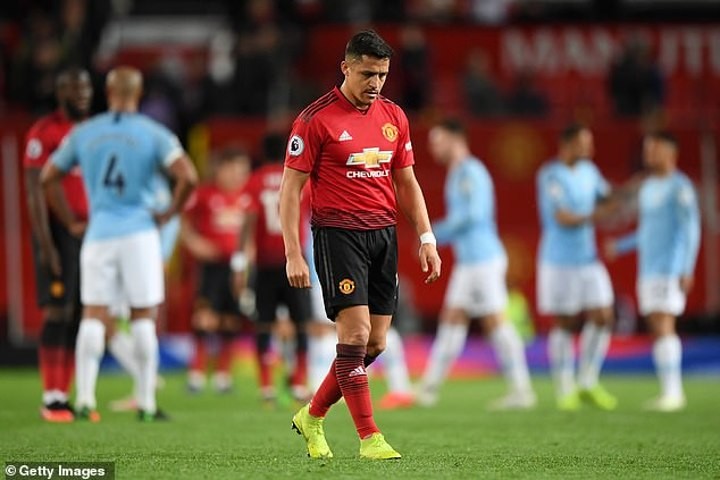 Alexis Sanchez is set to rake in a huge £1.1million bonus when he returns to Manchester United from Inter Milan after a clause in the Chilean's contract will be triggered upon his arrival.

The 31-year-old has had a disastrous loan spell in Italy, scoring just once in 15 appearances and missing large spells of the season with an ankle injury.

And according to The Sun, United will have to hand over the seven-figure sum to Sanchez when he returns from the Italian capital this summer.

As part of the terms the winger agreed with the club when he joined from Arsenal in 2018 that were first revealed by football leaks, Sanchez will receive the huge bonus after two-and-a-half years at the club.

The United misfit still has two years remaining on his current deal, leaving the Premier League side with a headache as to how to sort his future.

Ole Gunnar Solskjaer confirmed earlier this season that the Chilean would return from Inter, who are paying half of his £500,000-per-week wages, this summer.

And the United boss backed Sanchez to resurrect his fledgling career. 'Alexis will come back in the summer and will prove you all wrong,' said Solskjaer.