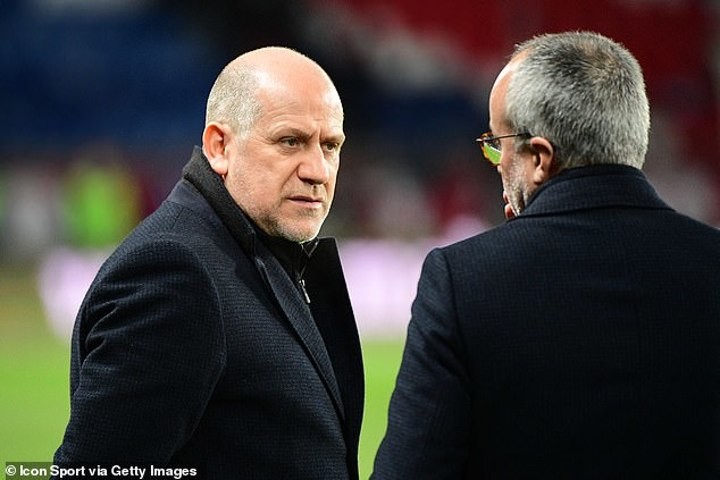 After two years in charge of the French Champions, the 52-year-old parted ways with PSG last summer, following tensions with manager Thomas Tuchel.

Henrique was at the Ligue 1 giants when they signed Kylian Mbappe for £130million in 2018 after an initial one-year loan with the Parisian side.

He also played a vital role in the transfer of Bruno Fernandes from Sporting Lisbon to Manchester United in January.

The transfer-maestro was the one to broker a deal between the two clubs as they initially struggled to find a common ground in regards to the value of the Portuguese midfielder.

With the Red Devils currently lacking a technical director, it is believed Henrique is in negotiations over a role at Old Trafford.

It is believed that Henrique is already leading the charge to secure Bayern Munich midfielder Corentin Tolisso for Ole Gunnar Solskjaer's side, according to Le10sport.

The Bundesliga giants are allegedly ready to offload Tolisso - who they acquired for £37million in the summer of 2017 from Lyon – to obtain the funds to peruse Manchester City winger Leroy Sane.

Tolisso - a World Cup winner with France in 2018 - has endured a frustrating time of late at Bayern - before Flick's appointment, with his progress being stunted by injuries.

Since signing for Bayern just under three years ago, the 25-year-old has featured 68 times, scoring 14 times and producing 12 assists.

In addition to United's interest, Newcastle are also said to be in pursuit of Henrique, should their £300million deal involving Saudi's Public Investment Fund, Amanda Staveley and the Reuben brothers go through.

Should Henrique join the Magpies, it is mooted that his first job will be to bring back Rafa Benitez to St James' Park.

Benitez, who is in charge of Dalian Professional in China, is interested in returning to to his former club – according to the Telegraph.

The biggest obstacle to a return would be his Dalian pay-off and salary demands but nothing Henrique can't handle.